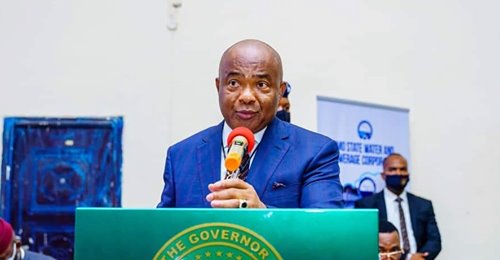 The new VC of the school is Professor Ikechukwu Dozie and his appointment takes immediate effect according to a statement issued by the Imo state commissioner of education, Professor Bernard Thompson O. Ikegwuoha.

The statement noted that the former Vice-Chancellor, Professor Tola Badejo, has been relieved of his duties with immediate effect.

Part of the statement read:

“All students and staff of the University are consequently advised to disregard the unauthorised announcement of the former Vice-Chancellor and return to normal academic and administrative life without delay.

“The government wants to reiterate the fact that Kingsley Ozumba Mbadiwe University (formerly Eastern Palm University) is the second state university belonging to Imo state. It is clearly the responsibility of the government to administer the university accordingly.

“Members of the public, students, and staff of the university who may be deceived into doing any business with any authority outside the government will only be doing so at their own peril.”

Frank Talk had earlier reported that the management of the university recently ordered the immediate closure of the institution.

Professor Badejo made the disclosure at a briefing in Owerri, the Imo state capital, on Wednesday, April 28, adding that the measure became imperative to safeguard the lives of the students, staff as well as properties of the institution.

The university don said the lingering crisis has disrupted academic activities on numerous occasions, hence the need to shut the institution until the matter is resolved.

Recall that Imo youths under the umbrella of the Orluzurumee Youth Assembly (OYA), last year, filed a lawsuit against Senator Rochas Okorocha over the ownership and control of the university.

The OYA said the school belongs entirely to the Imo state government because the former governor used stated funds to build the institution.

The youths also condemned section 3(3), (4) and (5) of the Imo State Law Number 3 of 2019 which conferred powers on Okorocha, the Rochas Foundation, to take over ownership of the university.