How 980 students of Taraba State University lost their admissions 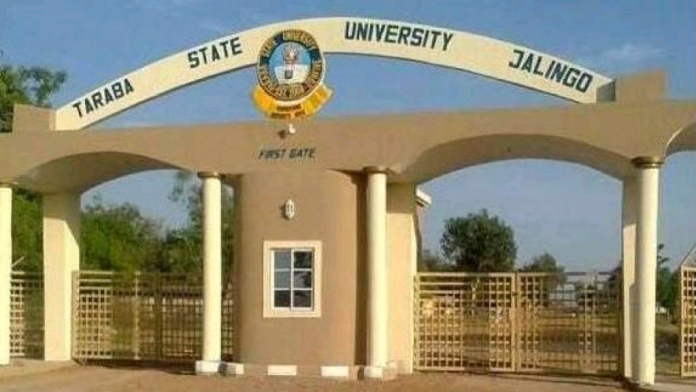 No fewer than Nine Hundred and eighty students who were duly admitted into the Taraba State University to pursue their academics have been dashed.

This followed their inability to register within the specified period of time and participate in the just-concluded matriculation exercise carried out by the institution.

The school Vice-Chancellor, Professor Vincent Ado Tenebe who confirmed the withdrawal of their admission letters, said out of the 5,870 students recently given admission, only 4, 890 only 4, 890 registered and took the matriculation oath.

According to DAILY POST findings, 980 of the students admitted did not register or physically appear during the matriculation.

By the institution’s tradition, the students who had failed to present themselves for the matriculation, automatically lose their admissions into the institution.

READ ALSO: What Akeredolu, Fayemi, Amosun Told Tinubu About His 2023 Presidential Ambition During Visit To London

”This is because matriculation is the actual induction and oath-taking to verify that one has become a bonafide student of an institution,” he said.

“We do not know why these students have decided not to turn up for the matriculation but we are actually not happy about it”, the VC said.