Home Commentary How The Incongruity Of AEDC Is Affecting The Blood Service By...
Facebook
Twitter
WhatsApp
Linkedin
Telegram 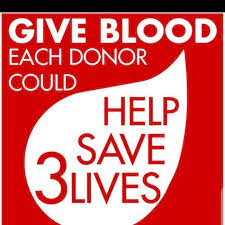 The Headquarters of the National Blood Service Commission was thrown into total darkness on Friday, 21st January 2022 when officials of the Abuja Electricity Distribution Company AEDC abruptly cut off the power that supplies the Commission. This is more shocking given that the commission had just paid its outstanding bills on 29th December 2021.

The company’s decision to cut off electricity supply on the 21st January 2022 leaves a stint of incredulity and total disregard for civility especially in a sector as sensitive as the Blood Commission. Why was the power supply cut even when there was no history of defaulting disposition on the part of NBSC? Doesn’t the mandatory 90 days’ notice of disconnection as provided for by the Nigerian Electricity regulatory body?

The company’s lack of thoroughness in reconciling available data at its disposal and the incongruity between presented bills and the irregularity of power supply to the NBSC headquarters lies largely responsible for this avoidable crisis.

Up until the 22nd of December, 2021 the National Blood Service Commission had made a series of requests directly and via electronic means for the installation of a prepaid meter at the Headquarters of the National Blood Service Commission.  The company’s adamant refusal to issue the requested prepaid meter after more than 2 years of continuous repeated requests that would enable the Commission to prudently monitor and control its electricity consumption followed by this abrupt disconnection leaves much to be desired.

The arbitrary and unexplained exponential hike in the commission by AEDC calls for keen scrutiny and plausible answers. How did the commission’s bills increase from 350k to 700k within one year, even with the same equipment and consumption; even with backup alternative power sources like generators and solar inverters in place. A prepaid meter will enable the commission to regulate her consumption, alas! The company prefers its unscientific and hard-to-measure estimated billing system.

As it is, no fewer than 500 units of blood collected from voluntary blood donors were compromised following the disruption of power supply to the headquarters of the National Blood Service Commission where donated blood is saved in blood banks pending distribution to hospitals.

The Commission which coordinates voluntary blood donation collections and distributions for Nigerians has communicated the need to maintain the steady safety of blood in storage for Nigerians to the Abuja Electricity Distribution Company (AEDC). The company personnel has defied these calls despite being made aware of the sensitivity of the product in storage.

Voluntarily donated blood units are saved in blood bank refrigerators to maintain the required level of cold chain that makes the blood safe for patient use. These compromised units of blood are at risk of being discarded as a result of the power outage which rendered the blood unsafe. The power outage also presents a major deterrent to voluntary blood donors due to the risks to their security and safety as donors.

In the coming days, the shortage of safe blood for patients in need of it will hit Nigerians as a result of the ill-conceived action of the power company unless this flagrant disregard for the lives of Nigerians is addressed.