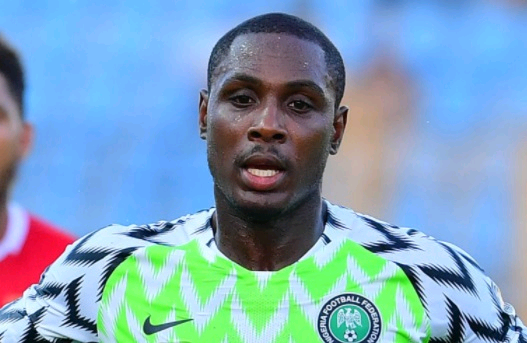 Super Eagles returnee, Odion Ighalo has revealed why he left the Nigerian team prematurely some years ago.

The Al Shabab striker, spoke while debunking reports that he bribed his way back to the Super Eagles.

Giving update on why he retired two years ago, Ighalo confessed that his premature retirement was fueled by death threats from some Nigerians after he spurned what many pundits called a ‘glorious chance’ to bury the winning goal against Argentina that could have sealed Eagles qualification to the second round.

The 32-year-old striker hanged his international boot in 2019 ostensibly “to concentrate on club football and give younger players a chance.”

The former Manchester United and Watford forward came under heavy criticisms when he missed a goalscoring opportunity to give the Super Eagles’ victory against Argentina at the 2018 World Cup.

Consequently, Super Eagles were eliminated from the mundial, which held in Russia.

The sturdy striker bounced back to become the highest goal scorer at the 2019 AFCON tournament qualifiers as well as tournament top scorer after poaching five goals.

The AFCON tournament was his last active duty for the national team before he announced his retirement.

His sudden return, two years after retirement, has been shrouded in controversy with many raising eyebrow when he made two appearances in Eagles World Cup qualifying rounds.

The goal poacher made his return to the Eagles in Tuesday’s 1-1 draw against Cape Verde in the 2022 World Cup qualifier.

Ighalo has, however, denied involvement in any shady deal.

The strike responded to allegations of him paying his way back to the team in an interview on NFF TV.