Imo Govt Condemns Soldiers for Burning Down Houses in Awommamma 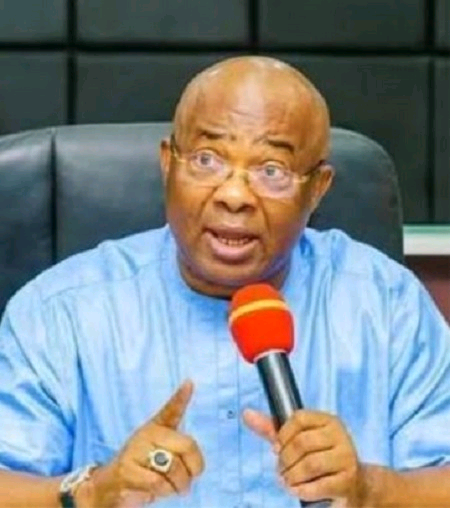 The destruction of properties worth millions of naira and homes of residents of Awommamma in Oru East Local Government Area of the state on Monday by Nigerian soldiers has been condemned.

The government of Imo State on Tuesday condemned the wanton destruction by the soldiers.

The government also expressed shock and dismay over the murder of a soldier.

The government in a statement by the Commissioner for Information and Strategy Declan Emelumba, Tuesday said the ugly event was regrettable and avoidable.

“Government condemns the murder of a soldier by the so called unknown gunmen. Certainly, this soldier who was on a legitimate duty to ensure free flow of traffic and to protect lives and property on this fafeful Monday of November 22nd, did not deserve to die such a gruesome death.

The government also condemned wanton destruction of property visited on the community by aggrieved soldiers.

“On the other hand, Government deprecates reports of wanton destruction of property visited on the community by aggrieved soldiers. The indiscriminate burning of residential and businesses premises of innocent citizens was not an appropriate response since two wrongs will never make a right. Government has good reasons to believe that there is more to the sad event than meets the eyes.”

He disclosed that the state Governor Senator Hope Uzodimma has ordered a high powered investigation into the incident to unravel the cause of the crisis and the attendant loss of life and property.

“Government, therefore, advises both parties to exercise utmost restraint and maintain the peace while the investigation lasts.

Government appreciates the enormous sacrifice by security agencies with the attendant risks, to keep Imo safe for all law-abiding citizens. Equally, government restates its charge to security agencies in the state to always abide by the rules of engagement as spelt out by their services while carrying out their legitimate assignments.

On the other hand, communities are advised to always cooperate with security agencies to track down and arrest criminals in their midst.