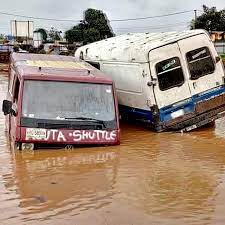 Ogun State is unarguably one of the most preeminent areas in the southwest region. This is hinged on some of the reputed roles they played in the advancement of Yorubas.

For example, the Ijebus in Ogun State were the first Yoruba-speaking people to come in contact with the Europeans in the early 14th century. They are also said to be the first Yorubas to invent money made from cowry shells called ‘Owo Eyo’. And this money was accepted throughout Yorubaland before it was replaced by coins made from silver materials when the Europeans came.

Aside from its illustrious historical heritage in Yoruba land, Ogun State is also among the wealthiest states in Nigeria. And since its creation on 3rd February 1976 by General Murtala Muhammed’s military regime, Ogun State has built and continues to maintain its status as a prestigious, prodigious, and prosperous state in the country.

With an internally generated revenue of almost N100 billion, Ogun sits pretty among the top 10 states that can generate adequate revenue to run their state, without depending on Federal government allocation.

This is because of the abundant natural resources the state is blessed with. It has also been confirmed that this state is blessed with bountiful crude oil ready for commercial exploration. Also, Ogun nicknamed the ‘Gateway State’ is regarded as the largest producer of cement in the country.

Taking a cursory look around Ogun State, one thing you’ll easily notice is the array of multi-billion-dollar manufacturing companies spread across the state. Industries like the Unilever, and Procter and Gamble in Agbara, Nestle in Kajola village, near Sagamu, Lafarge cement plants at Sagamu and in Ewekoro, Dangote cement in Ibese, Coleman Cables in Arepo and Obasanjo Farms Nigeria Limited in Ota, are just a few of the many flourishing establishments in the state.

In civilized climes, communities situated near the industrial clusters are well favoured. These areas are like the goose that lays the golden eggs. And their government at every level aim to improve the standard of living of the teeming population by providing amenities like roads, hospitals, schools, steady power supply and other amenities.

However, the situation is negatively different for many communities around the Ogun State industrial hubs. Many of the residents have been lamenting over decades of neglect from the government at all strata.

An apt example of such a community is Lusada, an agrarian commune inhabited by over 10, 000 people, in Ado Odo/Ota Local Government Area.

Ado-Odo/Ota is one of the most industrialised LGAs in Nigeria, and Lusada is one of the towns, hosting several of the small, medium and large scale industries. Aside from agriculture and factories, the popular Lusada Market is another viable source of revenue for both the state and local government. 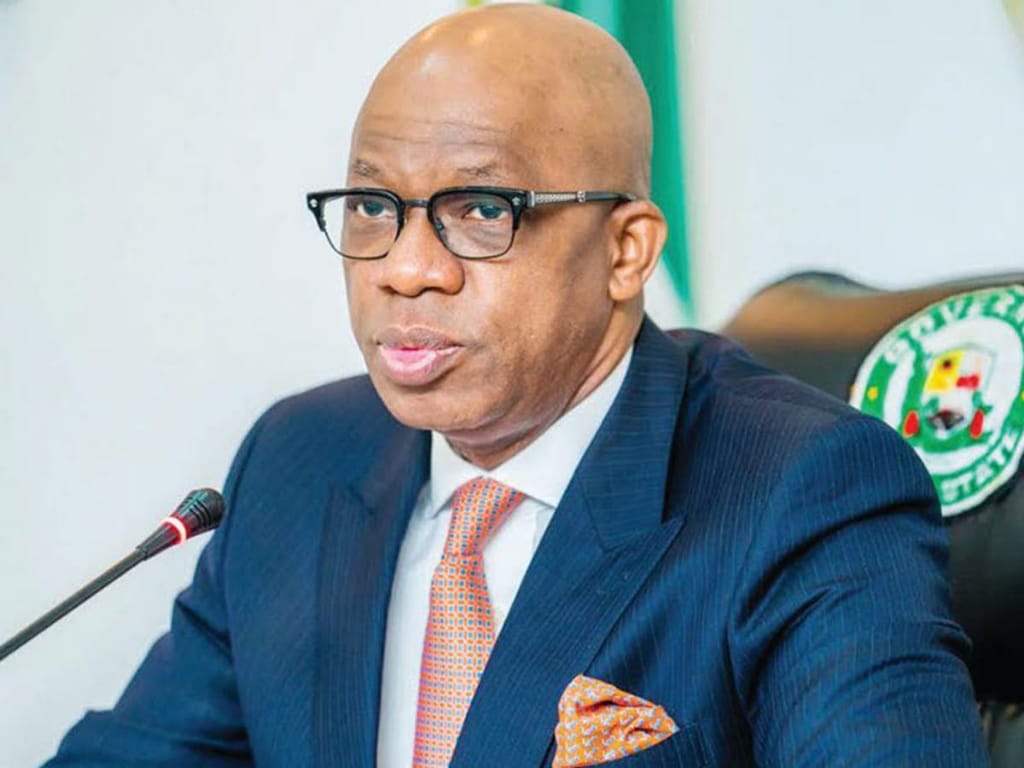 But with all their pivotal contributions to the state, Lusada residents live in penury because of palpable government neglect.

For over 45-years since the creation of Ogun State, Lusada has not tasted any form of development from the government.

When AF24NEWS came to the place, no sign of government presence was noticed. There are no  basic amenities like public schools, healthcare centres, potable water, electricity.

One major route to come into Lusada from Lagos is via the Agbara axis off the Lagos-Badagry Express road. Then veering into the Agbara-Atan road, is not only a drive through an array of large colourful factories but also a drive through hell.

The Atan-Agbara Road is an integral motorway in the local government. Most sellers and buyers at the popular Lusada Market ply the road. It is also said to be a route into Sokoto in the northern part of the country.

Yet despite its significance to revenue generation to the state, the road appears to have been abandoned, which has made commuting to Lusada an excruciatingly painful experience.

According to residents, they had been in agony over the years due to the failed road, as

their lives are at risk because of the spate of accidents that occur on that roads almost daily.

Some of the residents that spoke to AF24NEWS described the Agbara-Atan road as a nightmare for road users.

One of them, Seun Agbelege disclosed that their market is a source of pride to Lusada residents, but he lamented the deplorable state of the roads within and around the market.

“In Lusada we have a big market, where fresh food and fruits are abundant. many people come from different parts of the country to sell and buy. but our only problem is the access roads within and around communities. The so-called Federal Road from Lusada to Agbara, and Lusada to Atan is in a very bad condition, and we suffer a lot there, every day. during the rainy season, the roads are a nightmare. It becomes the worst road in Nigeria. Government should come to the rescue us,” Agbelege said.

Also, the residents said that the deplorable condition of the road had led to the falling of containers from trucks and the attendant loss of lives and properties. They accuse the government of using monies generated from their communities to develop other parts of the state.

“The Agbara-Lusada road is very bad. As you can see many companies are located here. So what happens when we have an emergency like a fire outbreak. How do you think an ambulance or fire truck can get in here on time? You dare not drive from here to the General Hospital at Ota because of the bad roads. So it is impossible to rescue someone, in a state of emergency. I get angry each time I remember that our communities generate a lot of revenue. But the government seems to be using the resources to develop other parts of Ogun State,” said another resident Olusola Akinseyi. 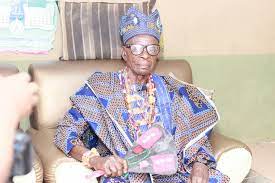 Aside from the tortuous roads, there is also no single government primary health  care centre in the entire Lusada. Hence when residents have health needs, they go to public health centres in faraway communities like Igbesa and Ota.

However, because of the stress of going long distances for healthcare, many residents opt for traditional healers. And one of the most revered traditional healers consulted by many in Lusada is, Chief Aiseji Gedehunsu, popularly known as Baba Dagbo.

Baba Dagbo is a witch doctor and mermaid worshipper. His shrine is situated at the heart of Lusada, along the Iyanosun-Igbesa road, and many residents troop there when they have health issues.

This 100-year-old herbalist is not only at their beck-and-call, but also renders his healing services free of charge.

“I am a traditional medicine practitioner. And as a priest, what I do is primarily to treat people that are suffering from different ailments,” Baba Dagbo told our correspondent at   his shrine.

“Also, for people that are looking for the fruit of the womb, I intercede to Mami Wata about it. She listens and gives them children. I don’t charge money to treat people in my shrine. I can only accept gifts. But if a client is poor and doesn’t have any money, he or she will be treated free of charge in my shrine and  I allow him or her to go in peace.”

Baba Dagbo is not only a traditional healer in Lusada but also seen as an agent of change. The centenarian is acclaimed to be the first settler in Lusada over 30 years ago and has contributed immensely in leading the influx of people into the community.

READ ALSO: Why I have been serving Mami Wata for over 70 years- Gedehunsu, Nigerian centenarian

Hence, for many Lusada residents, in the face of years of abject neglect from the government, Baba Dagbo the traditional healer, is like a messiah brought by fate to save their women and children from dying from various illnesses like childbirth, bleeding,  fracture, malaria, typhoid, cholera, fever, cough and measles.

And even with his queer religious background, Lusada residents have honoured him, for single-handedly doing what the governments cannot do.

One of the Lusada community leaders, Oketunde Michael said that they named a street after Chief Gedehunsu, to immortalize and honour him for his benevolence in their community.

He said, “We respect Baba Dagbo because he  is an elder in our community. He’s also the first person to settle in Lusada and has done so much to help cure illness in the community. That is why we have named a street and bus stop after him.

“Lusada is a large community but the government has not done anything to provide hospitals for us. But we thank God for Baba Dagbo because for many years he has saved our women and children from dying from illnesses.”

Another resident, Joe Chinwike Onuegbu, a trader that has been living in Lusada for over six years, said that in the Lusada community, both Christians and Muslims all welcome and revere Baba Dagbo because of the help he offers residents.

“Baba Dagbo has done more for us than our government. He is a source of hope for us Lusada residents. People troop into our community because of his good deeds in healing the sick for free. He has also been talking with government delegates to come and build hospitals and schools for us. So as far as we are concerned, Baba Dagbo deserves every honour he gets because of his generosity to this community,” Onuegbu said.

Another major outcry among Lusada residents is their desperate need for public primary and secondary schools.

Their situation is ironic, because Ogun State, according to Statista.com, holds the record for having the largest number of junior secondary teachers in Nigeria, with over 153, 000 tutors.

“It is a big problem to us that we don’t have any public school in Lusada. The nearest government school is far from us,” Daniel Deku, a Lusada resident said.

“I’ve been living here since 1996. And ever since, I’ve not seen any government project here for us. Parents spend over N500 every day to transport their children to school, while others that cannot afford the cost, allow their children to trek over 5km distance to go to school at Ketu under rain and sun every time.

“Most of the parents here have resorted to paying through our nose to send our children to private schools. it’s not favourable to us but we don’t have any option.”