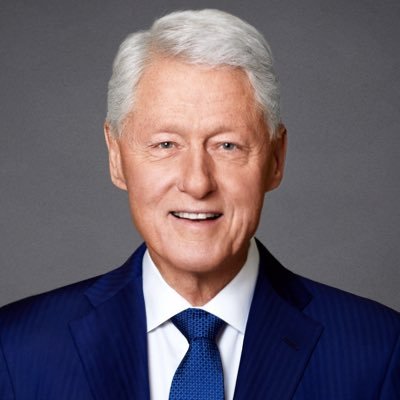 Former US President Bill Clinton has been hospitalised  in California, his spokesperson, Angel Ureña, announced on Thursday night.

CNN reported that he’s being treated for a possible blood infection known as sepsis.

A spokesman for the Democrat commander-in-chief said he was admitted to University of California  Irvine’s medical centre to get treatment for a non-COVID related issue.

‘On Tuesday evening, President Clinton was admitted to UCI Medical Centre to receive treatment for a non-COVID-related infection,’  Ureña said in a statement.

‘He is on the mend, thankful to the doctors, nurses and staff providing him with excellent care.’

Clinton’s physicians, Dr. Alpesh Amin and Dr. Lisa Bardack, released a joint statement that says he was admitted with an ‘infection’ but has improved since receiving treatment.

‘President Clinton was taken to UC Irvine Medical Centre and diagnosed with an infection. He was admitted to the hospital for close monitoring and administered IV antibiotics and fluids,’ Amin and Bardack said.

‘He remains at the hospital for continuous monitoring. After two days of treatment, his white blood cell count is trending down and he is responding to antibiotics well.’

The former president’s cardiac problems have been well-documented. He became a vegan in 2010 to improve his health.

Doctors have ruled out heart issues, according to CNN, despite Clinton’s history – including an operation in 2004 and a stent placement in 2010.

CNN anchor Chris Cuomo announced the breaking news at the top of his show.

The 75-year-old former world leader was feeling unwell on Tuesday when he was in California for an event related to the Clinton Foundation, CNN medical correspondent Sanjay Gupta said after speaking with Clinton’s doctors and staff.

‘What they think is going on with the former president now is a blood infection. Sometimes known as sepsis,’ Gupta said on Thursday evening.

Clinton is reportedly responding well to antibiotics and he could be released from the hospital as early as Friday.

Gupta said he was told the charismatic former governor of Arkansas was joking around with hospital staff as of Thursday.