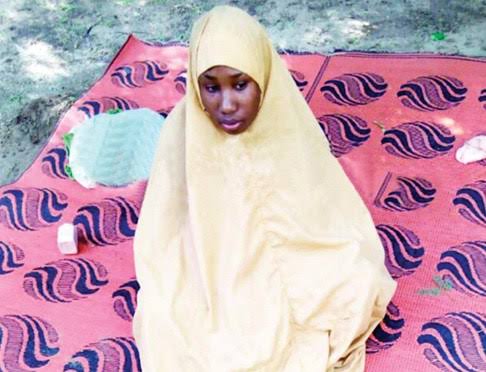 The group noted that the young girl had both children in 2020 following the terrorists’ announcement of her childbirth earlier in 2020, adding “We are still investigating this.”

The group lamented the condition Ms Sharibu has found herself as it could be argued that the government has abandoned the Dapchi “heroine Christian” schoolgirl.

Leah, who has now spent 3 years in captivity (just for being a Christian) was forced to denounce her faith and accept Islam before being married off to a top Boko Haram commander.

READ ALSO: “My School is after my life” – Nigerian student cries out

“That notwithstanding, intelligence received on the status of Leah indicates that she has delivered a second child in captivity.

“While we have not corroborated this by multiple sources, a usually knowledgeable source indicated that she delivered a second child late last year.

“This means both children were born in 2020 as the terrorists announced her childbirth earlier in 2020. We are still investigating this.”

The Federal Government, under President Muhammadu Buhari had vowed to do anything possible to free Leah Sharibu from the terrorists but 3 years have passed now and the innocent schoolgirl, a good number of Chibok schoolgirls and many other unreported cases are still in captive.