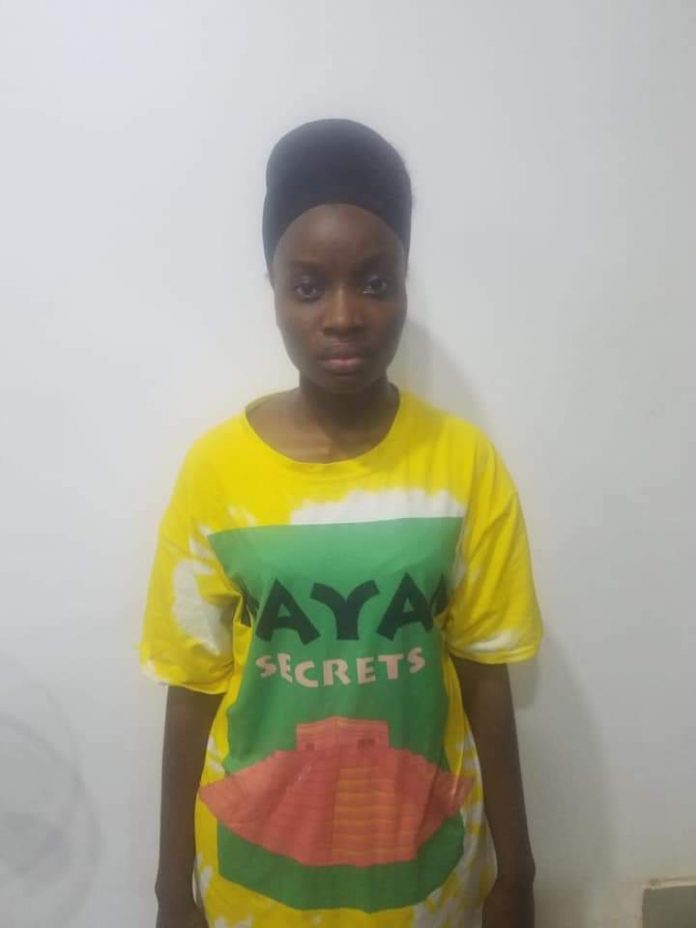 The Nigeria Police Force have announced the arrest of one 22-year-old female suspect, Gloria Okolie, for her complicity in the series of deliberate and well-coordinated attacks on security formations, other critical national infrastructure including INEC offices and killing of security operatives in the South-Eastern part of the country.

The suspect, a native of Umutanza in Imo State, was arrested following ongoing investigations and implementation of special operation, Operation Restore Peace, to amongst other things, break the information, drugs and arms supply chain to the outlawed Indigenous People of Biafra (IPOB) and its armed wing, the Eastern Security Network in the South-East region.

Aremu said “Police Investigations revealed that Gloria Okolie is a member of IPOB/ESN in Imo State who worked closely with one Benjamin Uzoma Emojiri a.k.a “Onye Army”, one of the ESN commanders earlier declared wanted by the Police for his lead roles in planning, coordinating and executing the attack on the Imo State Police Command Headquarters and Imo State Headquarters of the Nigerian Correctional Service”.