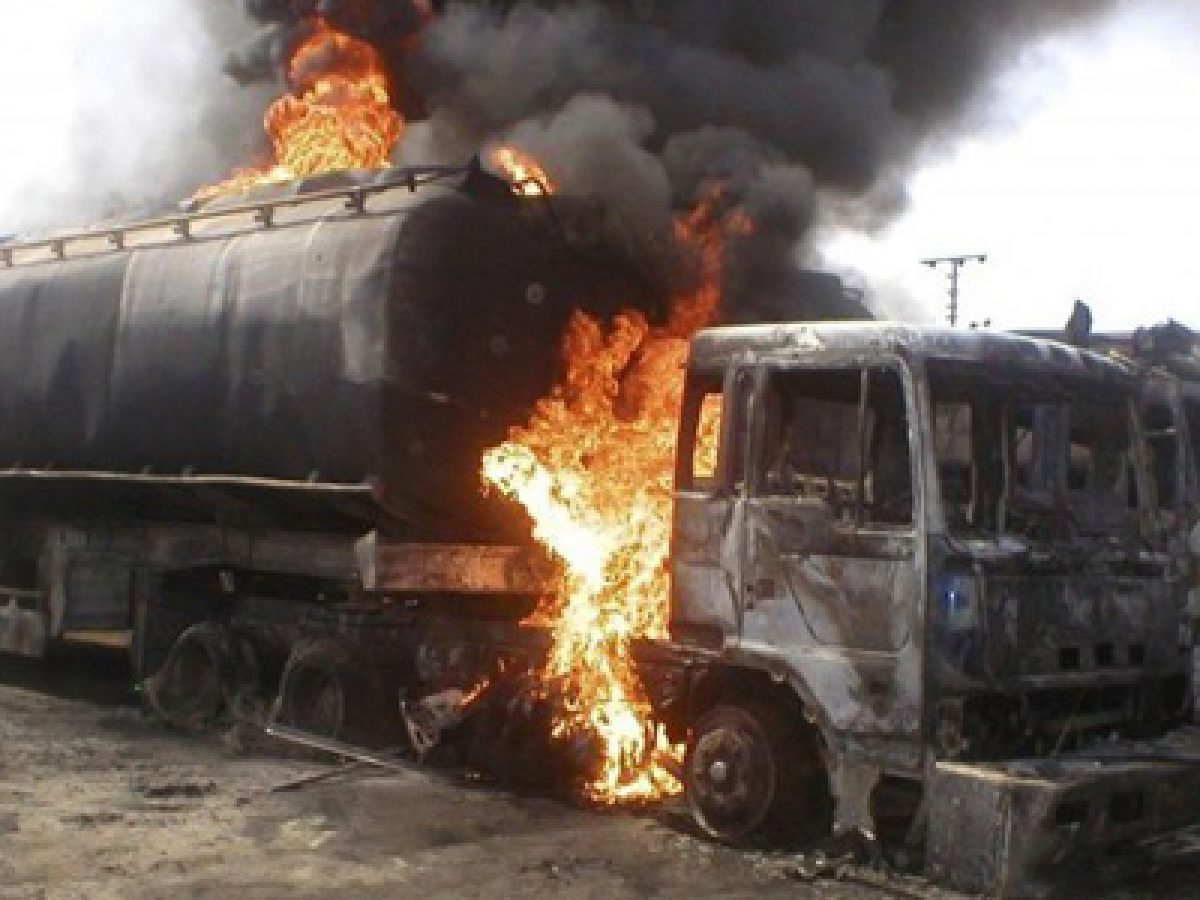 Some of the victims of the  tanker explosion that occurred in the early hours of Wednesday around Felele area of Lokoja metropolis have been identified as  students of Kogi State Polytechnic and primary school pupils.

The  tanker accident, which resulted in fire,  killed many people in Lokoja, Kogi State. Earlier reports said among those burnt to death are school children, traders and pedestrians along Lokoja-Abuja Road. The casualty figure was reported to be over 20 as the fire spread widely.

It was gathered that the driver of the tanker conveying petrol lost control as the truck rammed into a tricycle and oncoming vehicles before going up in flames. Fire fighters and emergency personnel were  reportedly on the ground rescuing victims.

William Aya, Spokesman of Kogi State Police Command, William Aya,  said that 25 people died in the inferno and that four cars were damaged. But he declined to disclose the number of students killed in the accident.

Also, Onogwu Muhammed, the Chief Press Secretary to Governor  Yahaya Bello, in a statement, said the governor expressed shock over the explosion, saying it is the greatest tragedy the state has witnessed in recent times.

While condoling with the families of the victims, he urged the students of the state polytechnic to remain calm and peaceful.

“Governor Bello is very sad to learn of the tragic loss of lives, many vehicles, property and other valuables in the petrol tanker fire while expressing his deepest condolences to the family of those affected by the ugly occurrence,” the statement read.

“He said this is sadly the greatest tragedies the state has witnessed in recent times while describing the unfortunate accident as a sad development and shares the feeling of those who lost their loves ones in this incident.

“The Governor also urged the students of Kogi State Polytechnic to remain calm and peaceful, stating that he equally shared in their grieving moment over the death of some of their colleagues in the disaster.”