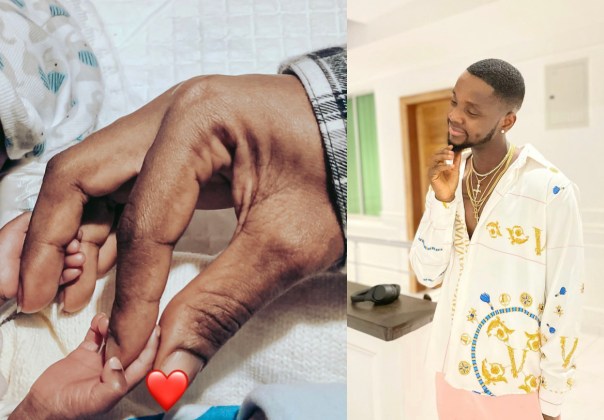 Nigerian singer and songwriter Oluwatobiloba Daniel Anidugbe, better known as Kizz Daniel has welcomed a set of twins with his partner.

The Fly Boy Inc boss revealed the news on his Instagram on Saturday, May 1 which happens to be his birthday.

He also named the babies, Jelani and Jalil.

“There is no better way to celebrate my birthday than announcing the arrival of my own. ᴊᴇʟᴀɴɪ & ᴊᴀʟɪʟ❤️,” the singer wrote on Instagram.

Last year, the ‘King of Love’‘ star in an interview with Punch, said he had kept his relationship private, even before he became popular.

According to him, “I made the decision to keep my relationship private a very long time before I became famous and I have decided to keep it that way.”

When asked if he had ever questioned his talent at any point during his career, he said, “I never did and that is the last thing I will do. Music is an art for me and my art is drawn from within my soul. I tell stories about my experiences and that’s why I can never doubt myself.”