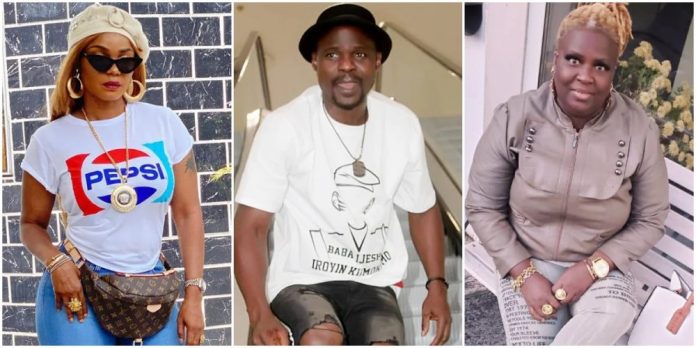 James Omiyinka alias Baba Ijesha is accused of serially molesting a 14-year-old girl, from the time the victim was seven years old.

Bukky Black, in response to allegations against the actor, said she believes the actor is not guilty as charged.

She said in a video on her Instagram page that Baba Ijesha’ she knows isn’t capable of doing such as he has always been shy around women.

Bukky Black also slammed Iyabo Ojo for going to the police station to demand that Ijesha shouldn’t be released.

Iyabo Ojo hit Bukky Black back in a lengthy video.

Iyabo questioned the nature of friendship between Bukky and Baba Ijesha.

She went on to tag the US-based star as a disgrace to motherhood and women in general.