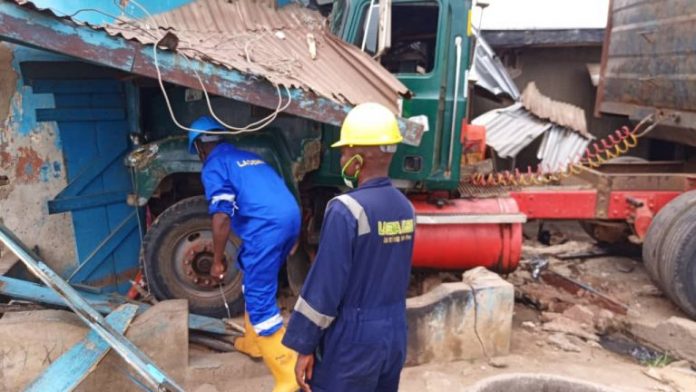 Sector Commander, Mrs Kudirat Ibrahim, made this known in a statement issued by Mrs Agnes Ogungbemi, the command’s spokesperson, in Osogbo.

The accident occurred at 1:20 a.m., on Saturday, opposite Ataoja Overhead bridge, along Abere, Osogbo-Gbongan expressway.

Ibrahim said 36 others sustained various degrees of injuries in the lone accident, in which 61 persons were involved.

“The vehicle, which was heavily loaded with Jerry cans of palm oil and over 60 passengers, was trying to ascend the ramp.

“The vehicle lost control, rolled backwards and fell by the side into the drainage, throwing off the jerry cans on passengers and killing some in the process,” she said.

She said the injured had been taken to Ladoke Akintola University Teaching (LAUTECH), and Asubiaro Hospitals, both in Osun.

Ibrahim urged road users to avoid flouting safety rules that often endangered their lives and those of other innocent citizens.

She, however, said the command had in a swift response, also deposited the corpses in a morgue and cleared the highway to avoid gridlock.