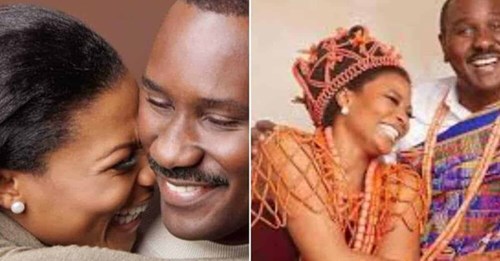 OAP Tolu Oniru-Demuren aka Toolz, has said she is appalled at the question thrown at Pastor Ituah Ighodalo on remarrying months after the death of his wife,  Ibidunni.

In an interview with Silverbird TV, one of the hosts had asked the Senior Pastor of Trinity House when he will be having another woman in his life.

He stated that he and his late wife had a phenomenal relationship, adding that he gave her everything and no longer has much to give to anybody.

The Man of God when asked to disclose when he will likely remarry said “It is a difficult question, Ibidunni and I had a phenomenal relationship, i gave her everything, I don’t have anything to give any other woman, I am sorry, I am only focusing on my kids, ministry and hearing from GOD.”

Toolz shared a screenshot of the interview on Instagram story saying that the question is insensitive given that it is not even a year since his wife died.

Before her untimely death on June 14, 2020, Ibidunni Ighodalo was married to Pastor Ituah Ighodalo of Trinity House

They got married in Ibadan, Oyo State on 26 February 2007, followed by the traditional wedding three days later.

They courted for four years while their marriage lasted for 13 years and they had two adopted children, a boy and a girl before her sudden death on June 14, 2020.

She died on June 14, 2020 in a hotel room in Port-Harcourt where she went for an official assignment