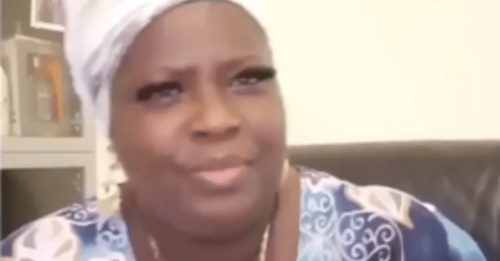 Nigerian On Air Personality, Toolz Oniru has taken to the comment section of actress, Bukky Black to drag her for supporting Baba Ijesha after he was accused of sleeping with a 14 years old girl.

According to Bukky, Baba Ijesha who is currently being held at Panti police station was set up by Princess. She alleged that Baba Ijesha doesn’t like women and couldn’t have r*ped the said child.

Watch the shocking video below:

See other reactions below.

Diana Childs wrote, ‘This video has further put the man in a bad light you keep saying or rather shouting that he doesn’t like women so madam eyelashes who does he now like????? Is it young girls or men or are you saying he is a virgin and just stays by himself?”

A Freda Akams wrote, “You should have just SHUT UP!!! Cos this “something” that your village people pushed you to say is disgraceful… shows your lack of common sense! Stupid Agbaya woman!”