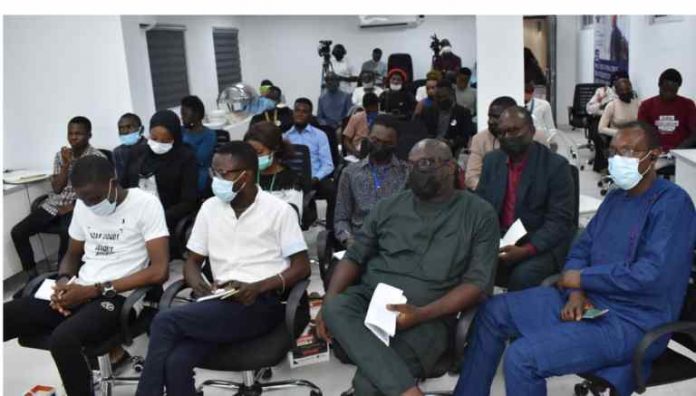 The Lagos State Government has begun youth empowerment programmes targeted at final year students and those in penultimate classes in all higher institutions in the State.

This is a move to arrest growing rate of unemployment among youths, especially graduates of various institutions in the country.

Speaking on the initiative, the Special Adviser to the Governor on Education, Tokunbo Wahab, said 8,000 students drawn from all the higher institutions in the State were undergoing entrepreneurship and employability skills training sponsored by the state government, under its Job Initiative Lagos (JIL) project.

According to Wahab, the Job Initiative Lagos (JIL) would prepare participants for immediate entry into the workforce as employees and employers of labour by equipping them with market-aligned knowledge, soft skills, business tools, and a mindset reorientation for their chosen careers in the technology-driven world of work.

His words: “Mr. Governor has designed this laudable Job Initiative Lagos (JIL) programme to up-skill our youths and equip them with all necessary skills to make them employable and highly competitive in the global market. It will make their services remain relevant and essential for national economic growth in the 21st-century global digital economy.”

He said the programme was designed to teach participants methods of running a new business with an in-depth knowledge of development strategies that would help them stabilise in globally competitive markets.

Urging participants to justify the government’s investment in the project through active participation, attentiveness and total cooperation with their facilitators, the Special Adviser advised the students to shun any distraction that could undermine their ability to excel after undergoing the training.

“I urge you to shun violence, cultism, kidnapping, banditry, smoking and other vices capable of undermining the government’s good intention of preparing you for future leadership challenges necessary for a more prosperous and economically viable new Nigeria of our collective dreams”, he said.

Assistant Project Coordinator, LoftInc Allied Partners Limited, the organisation collaborating with the state government on the programme, Mrs. Olatokunbo Aiyenimelo disclosed that the partnership had earlier trained about 28,000 youths in the first phase of the scheme, adding that professionals and experts in different areas were on ground to take participants through various skills development programmes.

While commending Lagos State Government for the initiative, the Chairman, University of Lagos Students Union Council, Adesanya Sodeeq Olawale, who is also a beneficiary of the programme, said it would help develop their potentials while preparing them for the challenges required for good jobs and entrepreneurship.

In the same vein, former Lagos State Polytechnic Students’ Union President, Comrade Emmanuel Olamide, noted that the programme was an insight into the world of work, urging other state governments to emulate Lagos State by initiating youth development programmes so as to reduce crimes to the barest minimum in the country.