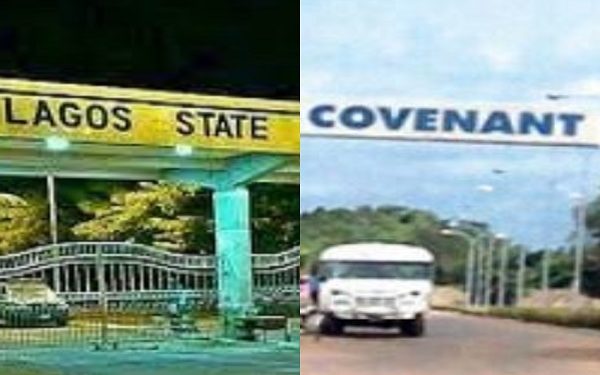 The Lagos State University (LASU) and the Covenant University Ota have been listed among the top 475 young universities of the world.

The ranking by Times Higher Education (THE) features universities 50 years and younger using the same 13 performance indicators as the world rankings of university except for less weight on reputation.

The site notes the universities were judged based on teaching, research, knowledge transfer and international outlook “to provide the most comprehensive and balanced comparisons available.”

In 149th position, LASU ranks ahead of some universities in the UK, France, South Africa and many other countries with well- respected education systems while Covenant University ranks in the 201-250 band.

According to THE website, the United Kingdom had 37 institutions on the ranking, which has Nanyang Technological University, Singapore in number one spot.

India follows as the country with the second highest number of institutions on the ranking with 34 schools, while Spain is third with 33.

LASU’s Acting Vice Chancellor, Prof. Oyedamola Oke, said he was excited about the news and congratulated the Governor and Visitor to the University, Babajide Sanwo-Olu; the Special Adviser on Education, Mr. Tokunbo Wahab; the immediate past Vice Chancellor, Prof. Olanrewaju Fagbohun; the management, staff and students of the University for their steadfastness, commitment and contributions to the latest ranking.