LAUTECH: Thank you for being a statesman, Makinde lauds Oyetola 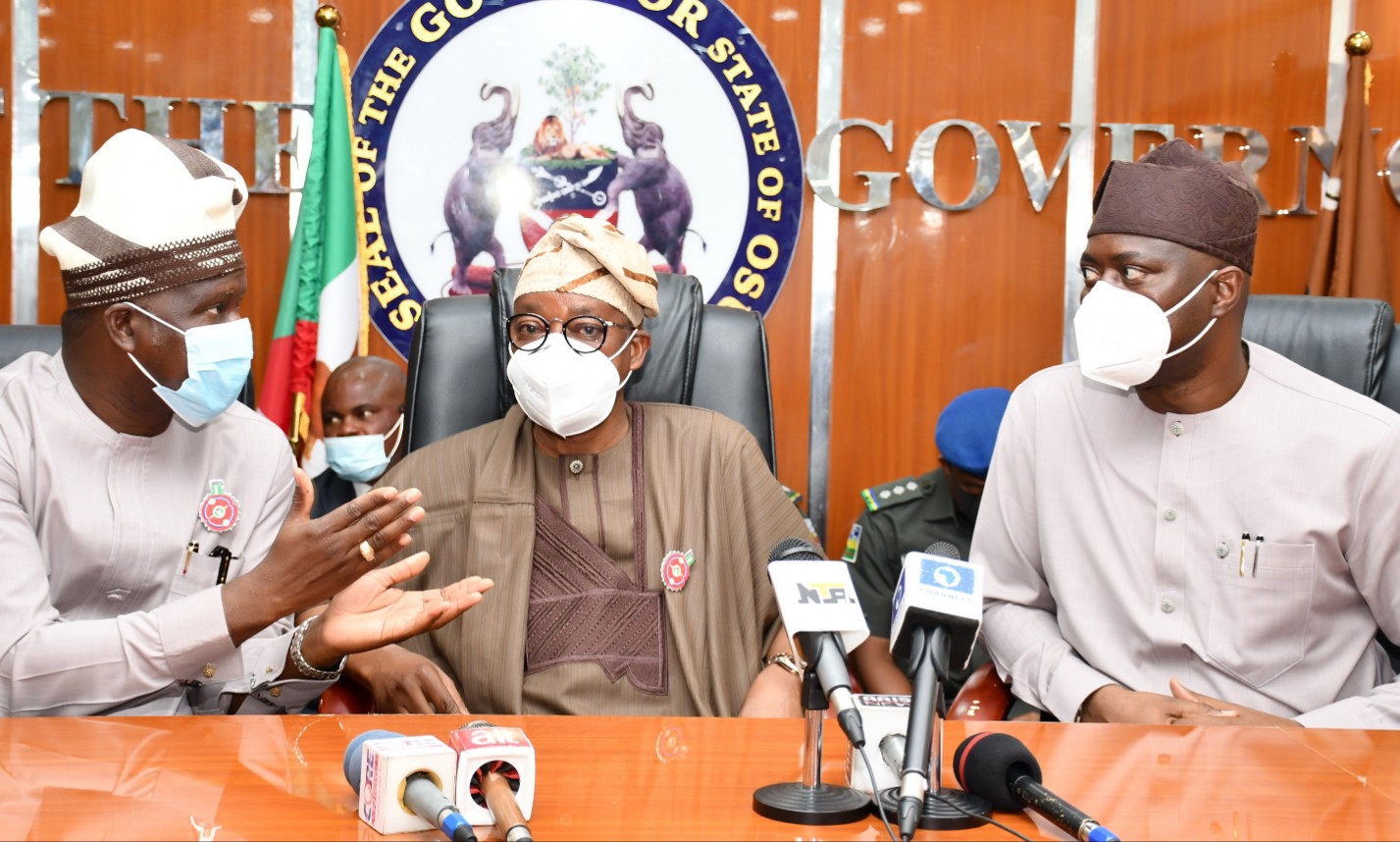 The Governor of Oyo State, Engr. Seyi Makinde, on Monday, paid a thank you visit to Osun State Governor, Mr. Adegboyega Oyetola, for the role he played in finding a permanent solution to the many years of joint ownership crises of the Ladoke Akintola University of Technology (LAUTECH).

According to Makinde, but for the leadership quality displayed by Oyetola, the problem could not have been resolved.

It will be recalled that the National Universities Commission (NUC) recently handed over ownership of the Ladoke Akintola University of Technology (LAUTECH), Ogbomoso, to the Oyo State Government while the Osun Government took over the College of Health Sciences in Osogbo.

The decision was taken after the joint owners, Osun and Oyo, signed a Memorandum of Understanding to effect a new management structure for  the institution.

Makinde reiterated that indigenes of Oyo and Osun working in the institution will retain all the rights and privileges stipulated in their letters of engagement and that the security of their jobs was guaranteed.

Makinde said: “I bring you greetings from the people and Government of Oyo State. I came here to thank my brother, Governor Adegboyega Oyetola, for the role he played in resolving the LAUTECH issues that had lingered for years.

“There ‘ve been a lot of talk and insinuations out there in the media, but what we’ve both done is to put the interest of our children, the students of that University, over and above politics, partisanship and ego.

“Some people have even started to insinuate that the two states have failed, because in the spirit of regional integration and oneness, we should have been able to jointly manage the institution. My response was that their position was well thought out and lucid but they missed the point.

“The point is, the joint ownership over the years had become challenging in terms of funding and management, leading to constant friction and disruptions in the university.

“What was important was to get results, get our children back to school, get the university to a point where it could fulfill its mandate which is to train children who would be instrumental to the development of the State and the nation at large. That, we are now on track to achieve.

“Also, we have had instances when identical parties held sway in Oyo and Osun, yet this issue was not resolved. But here we are today, PDP and APC  have worked together and solved the problem. So, we are all winners in this matter.

“I came to thank Governor Oyetola because without him playing the role of a statesman, we could not have solved the problem. Generations yet unborn will continue to value the role you played in resolving this issue.”

In his remarks,  Oyetola, said the decision to sign off the institution required him to be a statesman  and rise above political and primordial sentiments.

He added that his administration had considered the overall best interest of the State, the future of the students of the institution who were directly affected by the incessant crises, the welfare of the staff and the unity of the Yoruba nation, before taking the difficult but necessary decision.

Oyetola, who maintained that Osun had fully discharged its responsibilities towards LAUTECH before its exit, said that in the spirit of the agreement, the state looked forward to the 12-month Transition Arrangement that would attend to all issues, intended or otherwise, which might be thrown up by the separation of ownership.

The Governor charged the Oyo State Government to honour the agreement by ensuring prompt, complete and faithful implementation of every clause in the Memorandum of Understanding.