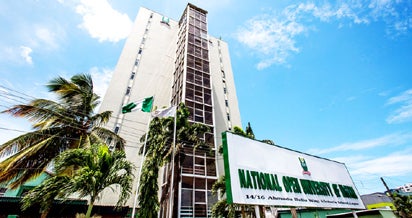 The National Open University of Nigeria (NOUN) has described reports claiming that the institution was recruiting as fake news.

In a statement issued  in Abuja by NOUN Director of Media and Publicity, Malam Ibrahim Sheme, the university said, “The website’s false alarm, published on June 20, 2020, was mischievously headlined as Massive Recruitment at NOUN.

“NOUN has no recruitment drive for either teaching or non-teaching staff or junior staff, and is not recruiting any staff in any category.

“It is obvious that this website was designed to be scamming millions of Nigerians into believing there are vacancies in respected institutions such as NOUN.

“Perhaps, its promoters were recruited by elements within and or outside NOUN to create a Denial of Service (DOS) application attack on the university in the public domain, giving the impression of a secretive recruitment drive.

“For the record, NOUN does not employ any staff without following the necessary steps for recruitment of any staff in a federal organisation,” Sheme said.