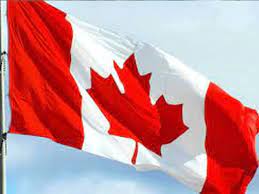 According to a new regulation that went into effect on January 1, 2023, Canadian authorities have for the next two years prohibited Nigerians and other immigrants from purchasing residential homes.
The “Prohibition on the Purchase of Residential Property by Non-Canadians Act” was put into place to bring down the price of residential real estate, which was thought to have risen sharply as a result of foreigners buying the homes as investments and leaving locals with no choice but to buy at exorbitant prices.

It added, “This is leading to a real problem of underused and vacant housing, rampant speculation, and skyrocketing prices. Homes are for people, not investors.”

Furthermore, in cities like Vancouver and Toronto, taxes have been introduced to non-residents and vacant properties to deter foreign investors and make housing costs affordable for locals.

The new law, however, makes exceptions for immigrants and permanent residents, allowing them to own residential properties.

Average home prices from more than $590,000 at the beginning of 2022 have significantly dropped to $465,000, according to the Canadian Real Estate Association (CREA).

The association worried Canadians could suffer should countries like the U.S. and Mexico pass a similar law in retaliation.

“Canadians purchase vacation and residential properties in many countries, but particularly in the United States,” noted CREA.

The group asserted that many locals who buy properties abroad to escape Canada’s cruel winter might be the ones to bear the brunt of the new law.

“These provide Canadians with a place to spend the winter months and are a form of savings for Canadian retirees,” asserted CREA. “If Canada places a ban on Americans owning property in Canada, we should expect them to respond in kind.”

We have impacted 15m Nigerians through humanitarian programmes – Farouk