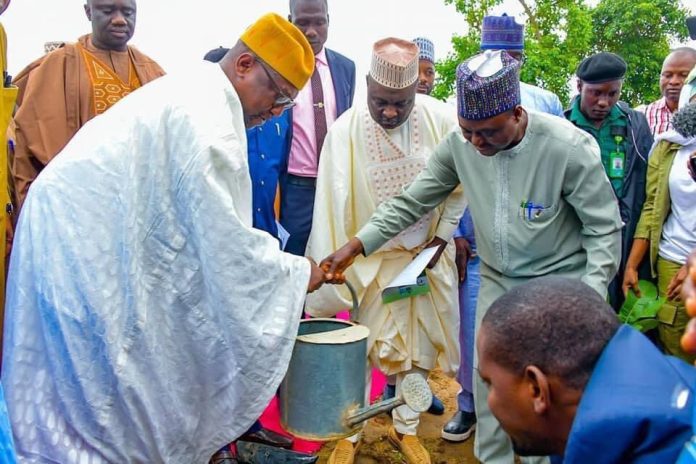 Niger State Governor, Abubakar Sani Bello in collaboration with the National Shea Products Association of Nigeria (NASPAN), has on Thursday flagged off the planting of 3,000 Hybrid shea trees in the state to establish the Shea Parkland Afforestation and Reforestation (SPARE) project.

The governor said the project is aimed at geometrically increasing the number of shea trees within the shortest time possible and to fully benefit from the shea value chain for accelerated economic transformation in Niger State.

“The shea trees have some distinctive features, such as a short gestation period of five to seven years from the traditional 15-20 years. It also produces quality shea fruits in more quantities.

“In fact, the global shea butter market has grown rapidly due to the increased demand in making confectioneries, cosmetics, and pharmaceutical products, among others,” the governor stated on his official Twitter account.

He said, “We will harness the comparative advantage of the economic trees and the value chain, which can potentially engage thousands of women and youths across the Niger State.”

According to him, through the commercialisation of the seedling nursery, youths and women will be trained and equipped, leading to the development of shea seedlings, particularly in shea communities around the Beji Shea Parkland.

He appealed to the host community to protect the project for their benefit and that of the state and Country in general.

“Also, I must caution against the felling of economic trees, which has since been prohibited in Niger State. Lastly, I must commend NASPAN for choosing Niger State for its pilot scheme,” he added. 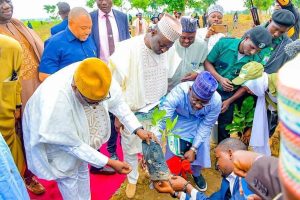