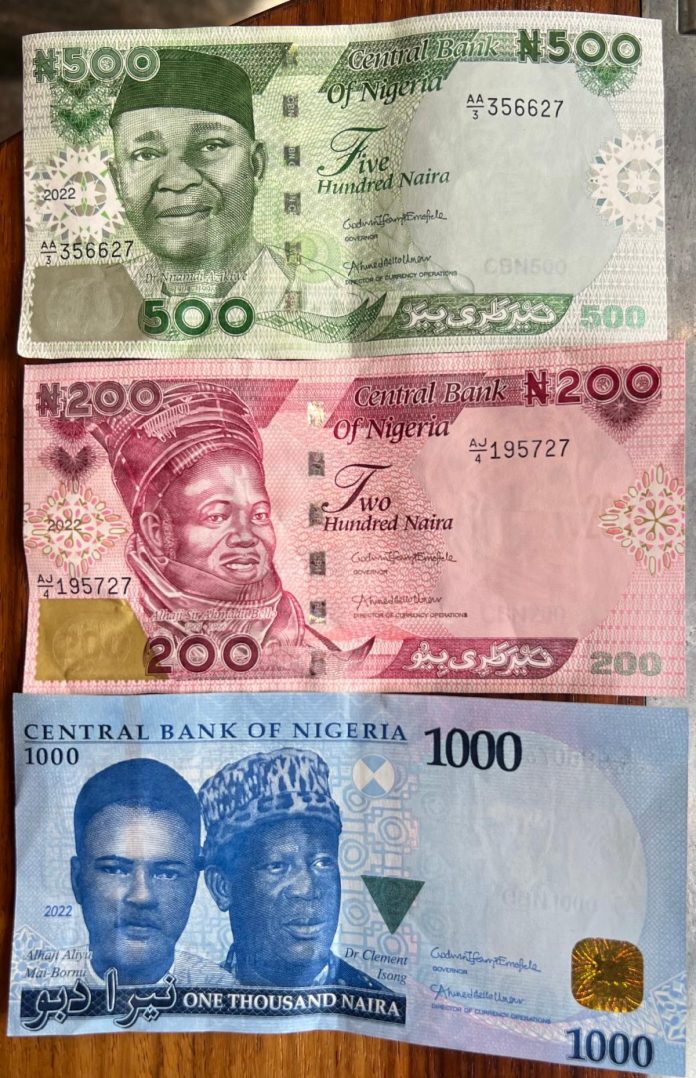 Many Nigerians have criticised the newly redesigned naira notes, saying they look like fake currencies.

The unveiling today, marks the first time in 19 years, Nigeria will be redesigning it’s currency notes.

At a briefing after the ceremony before the Federal Executive Council meeting, the CBN governor debunked insinuations suggesting that the early unveiling of the new notes is a means to target some Nigerians.

Emefiele appealed to members of the public, urging them to desist from making such speculation, adding that that there is no need to perpetuate any such information.

According to him, the CBN will intensify the monitoring process and interrogate the process of withdrawals.

Emefiele maintained that there will be heavy restriction on the volume of cash that people can withdraw over the counter, as it works with the Economic and Financial Crimes Commission (EFCC) to monitor the purpose of any heavy transactions.

Reacting to the images of the Naira notes currently making the rounds on all social media platforms, some Nigerians expressed disappointment on the new look.

Many said the Federal Government for only changing the colour of the Naira notes, saying they expected more changes.

Otunba Onaolapo Adewale Lexy said; “The old money is very much better than this new one, this government is very senseless and dumps what exactly change in this money than color, this is very bad idea, The government of this APC is minister for corruption no comment.

DelawGrafix said; :Instead of the full color design they only remove magenta from 1000 and leave black, yellow and cyan. Then 500 they remove black and leave little magenta, yellow and cyan. 200 has just magenta all through. They didn’t redesign any currency here oo kai naija my country.”

@drpenking said; “These people just dipped the old Naira notes inside Hypo bleach 3 times, made some incantations and poured libation, then called it new Naira notes. God will judge Emefiele.”

However, Ibisaki Ikiriko said; “We are all the problem of this country call Nigeria,the purpose of this redesign is make the money that was stolen and hidden inside their Gp and building to come out to rebuild the economy of the country.”

Meanwhile, the CBN governor has asserted that redesigned currency note can never be counterfeited, adding that to forestall such occurrence, the CBN will redesign the notes after every five to eight years.