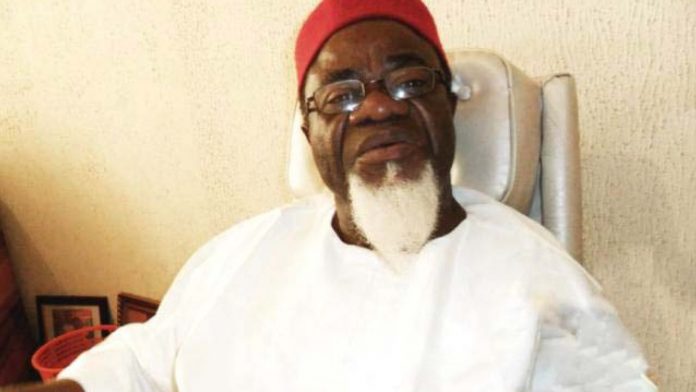 The former Governor of Old Anambra State, Chukwuemeka Ezeife, has described the leader of the Indigenous People of Biafra, Nnamdi Kanu, as his son.

The former Governor while speaking with newsmen at the Federal High Court, Abuja on Monday said, “He is my son, and whatever is the situation, he is my son. They did not bring him to court.”

Ezeife was one of the politicians from the South East appointed by Ohanaeze Ndigbo leadership to represent the organisation to witness Kanu’s trial.

The former Governor noted that he was in the court to represent Ndigbo, accusing President Muhammadu Buhari government of kidnapping the IPOB leader.

“He is my son whatever is the situation. They kidnapped him from Kenya. I am disappointed.”

Kanu after his arrest was arraigned before Justice Binta Nyako on June 29, and the court ordered that he be remanded in the custody of the Department of State Services, DSS, pending the hearing and determination of the case.