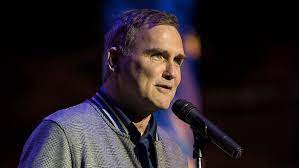 Norm Macdonald, the comedian and former “Saturday Night Live” star, died of cancer on Tuesday, according to his manager. He was 61 years old at the time.

In 1992, Macdonald began his television career as a writer on “Rosanne” and the “Dennis Miller Show.” He began working at “Saturday Night Live” the following year, a role that would define his career. He is best remembered for his four years as an anchor for the show’s Weekend Update segment, which he held until comic Colin Quinn took over.

Macdonald switched to voice acting after “Saturday Night Live,” and was represented by DPN Talent in California.

He most recently appeared in the animated Comedy Central series “Mike Tyson Mysteries” and “Orville.”

“Norm epitomized a clever and genuine American sense of humour. He was a one-of-a-kind individual “DPN Talent’s president, Jeff Danis, stated in a statement. “He will be missed tremendously.”