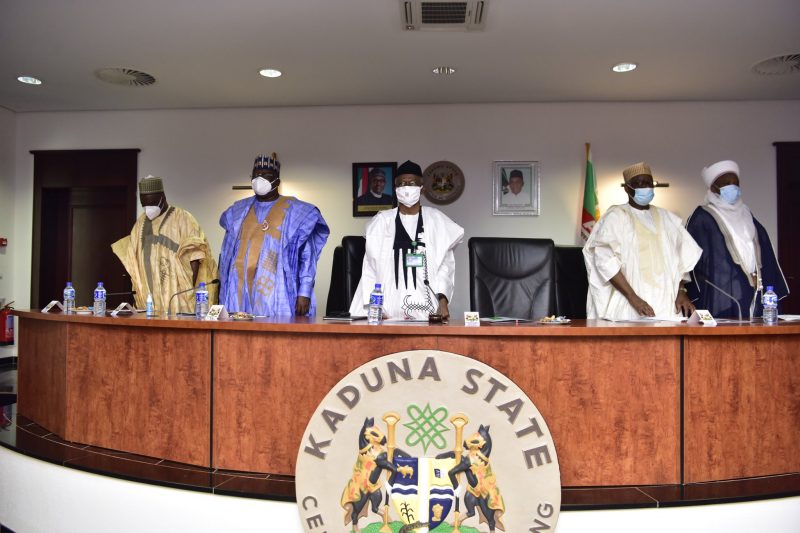 Governors of northern states have called for the censorship of social media to “avoid the spread of fake news”.

At a meeting in Kaduna on Monday, the governors said the effect of uncontrolled social media is devastating.

They also condemned  what they described as the “subversive” actions of some #EndSARS protesters, saying some people took advantage of peaceful protest to push their “separative agenda”.

The meeting which held at the council chamber at Kashim Ibrahim House, Kaduna, also had in attendance the Senate President Ahmad Lawan and some first-class emirs and the Chief of Staff to the President, Ibrahim Gambari.

Other top government officials at the meeting include the FCT Minister, Mohammed Bello, Minister of Information, Lai Mohammed and the Inspector General of Police, Mohammed Adamu.

READ ALSO: We Will Not Return To Class With Empty Stomach -ASUU

A communiqué issued at the end of the meeting noted that the meeting took note of the devastating effect of the uncontrolled social media in spreading fake news.

It, therefore, called for major control mechanism and censorship of the social media practice in Nigeria.

Part of the communiqué signed by the Chairman, Northern States Governors’ Forum, Simon Lalong  read, “The meeting rejects and condemns the subversive actions of the #Endsars protest.

“The superlative agitations and other change regime actions outside the ballot Box soon take advantage of the peaceful protests to push for their separative agenda. The meeting endorse the indivisibility, indissolubility and oneness of the Nation.

“The meeting took note of the devastating effect of the uncontrolled social media in spreading fake news. Therefore, calls for major control mechanism and censorship of the social media practice in Nigeria.

READ ALSO: How to Check Your 2020 WASSCE Results

“ Meeting raises attention on the need to keep strict watch on the Federal Capital Territory to guide against unwarranted and destructive  protests to safeguard critical assets of the Nation.

“Meeting commends the national Assembly and the Presidency for being proactive in addressing the issues of #Endsars protests across the country.

“The Meeting resolves to support the Nigerian Police Force to serve the Country better and calls for the strengthening of trust between the people and the Police.”