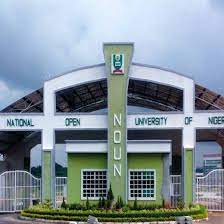 The National Open University of Nigeria (NOUN) says it is committed to hitting the enrolment of one million students  in the next six years.
Emeritus Prof. Peter Okebukola, Pro-Chancellor and Chairman of the Council of the university, gave the assurance during an interaction with journalists at the end of the council’s 69th Regular Meeting.
The interaction was held on Thursday in Lagos.
The meeting which began on Monday was to take stock of the activities of the university.
According to Okebukola, the council is pleased with the acceptability and feedbacks it is receiving from the public, especially as regards student enrolment.

“The council has resolved that it will continue to do its best to ensure that student enrolment in this university hits the one million mark.

“I want to assure the public that, in another six years, going by what we are putting in place to give qualitative education to the Nigerian masses, we will hit the one million mark in terms of student enrolment,” he said.
He said that the university had enrolled a total of 600,000 students nationwide, out of which 150, 000 were active.
The former National Universities Commission (NUC) scribe said that NOUN operated a total of 103 centres across the country.
The pro-chancellor said that plans were underway to establish more community study centres in all the six geopolitical zones.
According to him, the move is in pursuit of NOUN’s mandate to take qualitative education to the doorsteps of Nigerians.
Okebukola said that the advantage of the policy was that more qualified Nigerians would have access to university education.
“The latest of this our resolve is the establishment of 13 study centres in Kano State and other study centres recently verified by the NUC.
“Two additional study centres are to be established in Lagos State – in Ikorodu and Badagry.

“The university will seek more opportunities to extend to many other communities,” he said.
Okebukola added that the council had approved the provision of solar panels at all the study centres to supplement the conventional source of power.
According to him, the cost of running power generators is high and already getting out of the reach of many institutions, especially big ones.
Okebukola said that the governing council was impressed with the management of NOUN for keeping faith in the flagship programmes of the institution.
He said that in due course, all the university’s programmes would be ranked in the same way as the current flagship ones.
The former NUC scribe listed B.Sc. Computer Science, B.Sc. Entrepreneurship, B.Sc. Peace Studies and Conflict Resolution and B.Sc. Criminology and Security Studies as some of the institution’s flagship programmes.
He also listed B.Sc. Political Science and B. Sc Nursing  as among the flagship programmes.
The pro-chancellor described it as a welcome development, the performance of the first set of the university’s law graduates which the Council for Legal Education granted approval to be admitted into the Nigerian Law School.
According to him, the development is proving to the world that NOUN is a university with the capacity to run quality law programmes.
“Council while thanking the Council for Legal Education and the authorities of the Nigerian Law School for the opportunity, expresses hope that the remaining law graduates will be allowed to enrol into the law school in due course,” he said.
He added that the council was glad to note that the NOUN ACETEL, a special academic centre, jointly sponsored by the university, the Association of African Universities,  NUC and World Bank, had continued to blaze the trail in the development of information and communication technology tools to enhance learning.
“Let me also state that the postgraduate programmes at M.Sc and PhD levels in Cybersecurity, Artificial Intelligence and Management Information System have all received full accreditation status from the NUC.
“The centre focuses on the development of human capacity and research in digital solutions that will lead to the utilisation of technology for education,” Okebukola said.
He said that the council also lauded the university management for introducing e-ticketing platform as part of the learner’s support service.
According to him, e-ticketing is an electronic solution that facilitates quick response to students and the general public complaints and inquiries.
The pro-chancellor said that since the system came on board, over 1000 inquiries and queries were being responded to daily.
Speaking to newsmen at the end of the meeting also, the Vice-Chancellor of the university, Prof. Olufemi Peters, said that no fewer than 1,259 inmates across the country had passed through the various programmes of the university.
“It may please you to know that at the last convocation, 25 of them graduated in flying colours.
“Very soon, the registrar and few others will be visiting these correctional centres to hand over their certificates,” Peters said. (NAN)