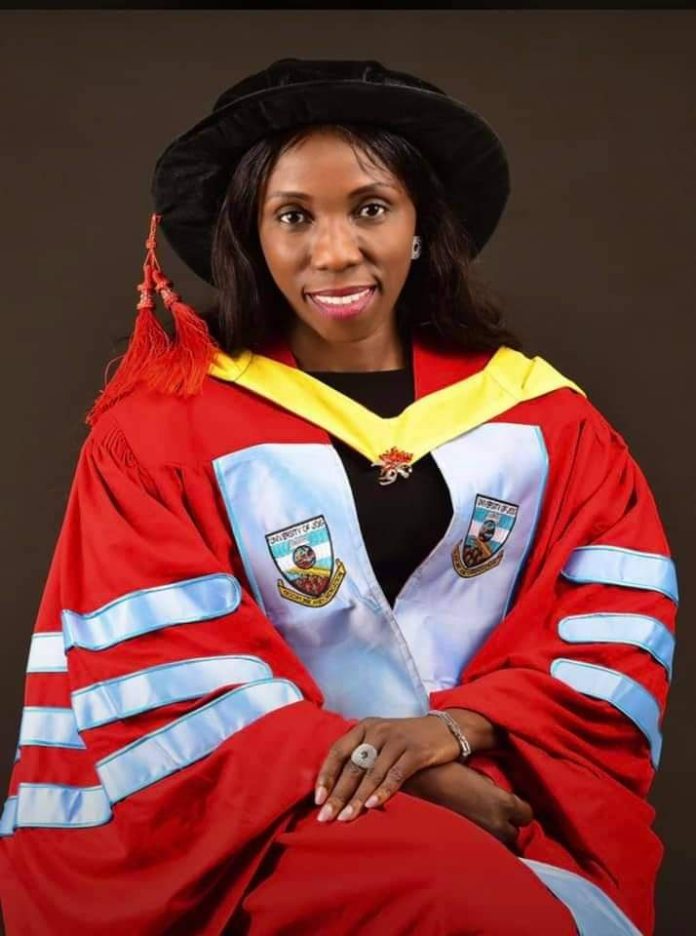 The Governing Council of the University of Jos has appointed Dr. Rejoice Songden as the first female Registrar of the institution.
Abdullahi Abdullahi,   Deputy Registrar of Information and Publication of the university, disclosed this in a statement on Thursday in Jos.
According to Abdullahi,  Songden, who until her new appointment was the Registrar of the Karl Kumm University, Vom near Jos, would serve for a five-year single tenure.
Abdullahi explained that the governing council approved the appointment after considering the report of its selection board, which interviewed candidates for appointment to the position.
”Songden who becomes the first female to be appointed as Registrar of the University of Jos, was a Deputy Registrar in the Senior Staff Establishment Division of the University before she took a Leave of Absence to serve as Registrar of Karl Kumm University, Vom,” he said.
According to him,Songden,  46, obtained a Bachelor of Arts Degree and Masters of Arts in English from the University of Jos in 2002 and 2012, respectively.
”She later enrolled in the same institution for a Ph.D. programme in English, which she successfully completed in 2018.
”Songden, who has a Postgraduate Diploma in Education (PGDE), joined the services of the University of Jos in 2005 as an Administrative Officer II and rose to the position of Deputy Registrar in 2020,” he said.
Abdullahi said that the new registrar served in various units in the university, including the Senior Staff Establishment Division, Faculty Officer of various faculties, including faculties of Environmental Sciences, Education and Arts as well as in the Information and Publications Division.
According to him, Songden is a seasoned administrator and member of several professional bodies and associations, including the Institute of Professional Managers and Administrators of Nigeria (IPMA), Teachers Registration Council of Nigeria (TRC), Association of Registrars of Nigerian Universities (ARNU) and Association of Nigerian University Professional Administrators (ANUPA)
He said that the new registrar, a  part-time lecturer in the University, had published many articles in many journals.
Abdullahi added that she had also successfully supervised several postgraduate and undergraduate students.(NAN)