HomeCommentaryObiageli Mazi: Why no Nigerian teacher should earn $100 or less monthly
Commentary

Obiageli Mazi: Why no Nigerian teacher should earn $100 or less monthly 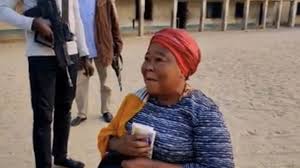 Suddenly, the wave of euphoria sparked across the social media by the story of Madam Obiageli Mazi of Shehu Sanda Kyarimi 2 Primary School, Borno State, has vanished, no thanks to the tragic massive attack launched on the state Monday night by the so-called technically defeated Boko Haram insurgents. The attack left 30 people dead, 18 vehicles burnt and several women and children abducted, according to the state government spokesperson, Ahmad Abdurrahman Bundi.

Prior to the Monday attack, a viral video had shown Mazi’s encounter with Borno State Governor, Prof. Babagana Umara Zulum, during the governor’s unscheduled visit to Kyarimi 2 primary school at around 6.30am last Friday. The governor was in the school as part of activities to assess public institutions in the state. Somehow, Mazi was the only teacher on duty at the time of the governor’s visit.

Surprised to find Mazi already in school, waiting for her pupils that early morning, the governor was visibly impressed, so he decided to reward Mazi for her dedication to duty, hard work and diligence. He gave her N100, 000, a sum about three times her monthly salary of N35, 000 and also instructed the state Universal Education Board to promote her to the position of Assistant Headmistress. That was not all. A few days later, the governor’s aide presented a cheque of N1m said to have been contributed by some people in the state to the Abia State indigene. This was a huge reward for Mazi who had been teaching in Sanda Kyarimi 2 Primary School for 31 years.

Expectedly, many Nigerians poured heaps of encomiums on the Borno State governor, with some going to the extent of describing him as Nigeria’s best governor. Others even introduced ethnic dimension to Zulum’s gesture. They argued that it was particularly a big deal for a Northern governor to recognise and reward a teacher from the south -eastern region of Nigeria. While I am not in any way against rewarding Mazi for her diligence, I find it funny that a single act of promoting an individual for being found on duty early in the morning could make a governor merit the best governor’s award. Nigerians are probably some of the easiest people in the world to please. They have been through a lot of suffering, so any little thing impresses them.

Honestly, I was expecting people to express their anger and dissatisfaction with a system that pays a teacher who has been on the job for 31 years a meagre N35, 000 per month. Roughly speaking, Madam Mazi and others in her shoes, must have invested a minimum of 16 years in schooling before qualifying for the National Certificate of Education. For someone to invest that number of years in schooling and still earn less than $100 per month after being on the job for 31 years is unbelievable.

Nigeria’s precarious situation is better understood when one considers what teachers in other parts of the world are being paid. An average school teacher in the US, for instance, earns around $40,000 per annum. As a matter of fact, teachers in the country’s public schools earn far more than that going by the most recent estimates from the National Education Association, which puts the number of teachers in the US at more than three million with public teachers earning an average salary of $58,353. Despite this, Americans still believe teaching is an underpaid profession. You can’t blame them. There are professionals in the country that earn as much as $300,000 per annum. In fact, hundreds of teachers across America are said to be leaving the profession due to lack of pay. I wonder what these folks would say if confronted with the fact that an average teacher in Nigeria earns less than $1,000 per annum. In Switzerland, teachers’ average salary is about $69,705; in Germany, it is $61,418; Norway, $47,313; and Denmark, $46,784.

Of course this is not to say that Nigerian teachers should earn what their counterparts in Denmark or Switzerland earn; the statistics are just aimed at providing an insight into how incredible Nigeria’s situation is in comparison with global trend. We don’t need any special analyst to know that there is everything fundamentally wrong with a system that pays people whose job makes the world a better place such a pittance. As far as I am concerned, such system is cruel, unwholesome and should be urgently trashed. Agreed that the Borno State governor did well by rewarding Madam Mazi for what he thinks is his own way of measuring diligence, competence and hard work. How many individuals can the governor reach out to? There is a possibility of hundreds of the likes of Madam Mazi all over Borno schools on the day of the governor’s visit. The governor is limited as a human being in that he can’t be everywhere at the same time. This is the more reason why there should be a well-established system that would not require any human presence before teachers could get the right financial rewards not only in Borno State, but across Nigeria. The government should be ready to pay the market price for teachers otherwise it will continue to pay for scraps.

Aside this, our policy makers should work on formulating policies that will make it possible for good teachers to be rewarded and at the same time hold the bad ones accountable for their misdeeds. It is an aberration to rely on a governor’s magnanimity to get a teacher promoted in this age and time. We need to start building high- quality and well motivated teachers who can in turn energise and motivate their students. Doing this will never come cheap!
Borrowing the words of Peter Temin, a professor of economics at the Massachusetts Institute of Technology, as with used cars, a small salary increase cannot guarantee the quality of aspiring teachers; only a dramatic increase can attract the right candidates to the fold. In essence, providing adequate remuneration for teachers is very important if Nigeria is truly serious about making headway in its educational sector. You can’t have teachers as engines of quality education, inspiring students for greatness if they themselves are neither inspired nor economically fit to provide for their family’s upkeep and general welfare.

To start with, Nigeria’s teachers’ salary scale should be radically reviewed. The 2016 World Bank report has rightly established a link between lack of education, poverty and insurgency in the North, especially in the North-East and North-West. The easiest way out of Nigeria’s security and poverty challenges is to increase enrolment in school which will depopulate the army of bandits in the north and institute a competitive reward system for teachers so that they can deliver quality education at all levels.

Olabisi Deji-Folutile is the editor-in-chief of Franktalknow.com and member, Nigerian Guild of Editors. Email bisideji@yahoo.co.uk