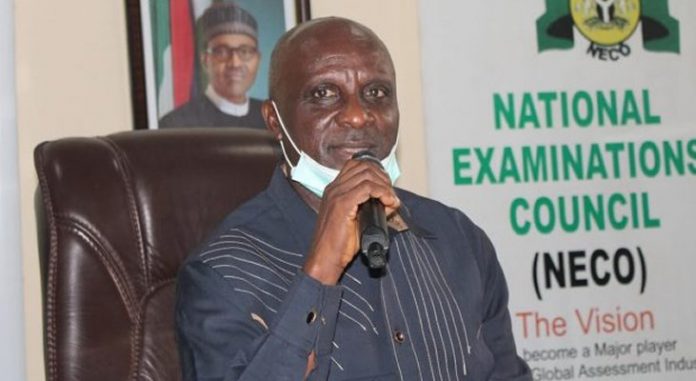 The National Examinations Council, NECO, has released an official press statement confirming the death of Prof. Godswill Obioma, the registrar of the exam body.

Earlier on Tuesday, a report quoting the wife of the registrar claimed  that Prof. Obioma was assassinated in his home.

According to the press release, however, NECO has claimed that Obioma died after a brief illness.

The statement read, “A Circular issued by the Director, Human Resource Management, Mr. Mustapha K. Abdul in Minna on Tuesday, quoted family sources as saying that Prof. Obioma died on 31st May, 2021 after a brief illness.
This is contrary to insinuations in the social media that the late Registrar was assassinated in his residence in Minna.”

Obioma, a native of Bende Local Government Area, Abia State, was appointed Registrar of NECO on 14th May, 2020 by President Muhammadu Buhari.

The late professor was a former Executive Secretary of the Nigerian Educational Research and Development Council (NERDC).

A founding member of the All progressives Congress, APC, Mr. Charles Idahosa has claimed that the ongoing June 12 protests are ‘sponsored’. In an interview...
Read more
Edu-News