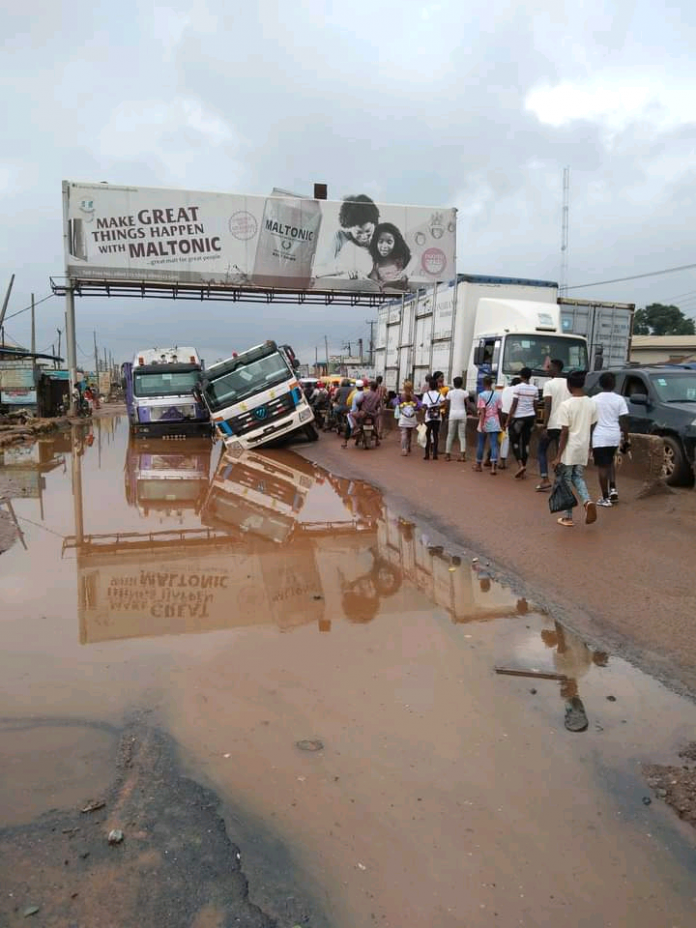 Residents of Ogun State have lamented the deplorable state of roads in their areas, calling on Governor Dapo Abiodun to do the needful.

According to DAILY POST, majority of the complaints on Ogun roads are coming from Sango, Ota, Ifo, Ijoko, Akute, Agbado, Oke Aro, Alagbole, Lambe, Atan, Owode-Ilaro and others.

Residents of the areas said both the state and federal governments had forgotten them as though they were not existing.

Yewa-Awori people, under whom the majority of the bad roads are located, alleged being marginalised by the state government, saying their area would develop only if they could unite and produce a governor in subsequent elections.

Despite being the industrial hub of the state, the people of Ado-Odo/Ota Local Government, opined that those in the helms of affairs use the funds generated in the area to develop other regions.

The people groaned that they could no longer go out with their cars, expressing worry that industries in the local government have started to relocate.

Toyin Alani, a resident of Ado-Odo/Ota said, “We will soon post the names of those that are representing us from this local government to the public, from federal down to local government. So people can see their wicked faces. Before we post their names to the public, with crystal clear message of their failure, they should go to the media and explain the reason our roads and other infrastructure can’t be fixed in Ado-Odo/Ota Local Government, but Ijebu and Abeokuta can be fixed and maintained, year in year out. We pay tax and generate the highest revenue for the state, including the Federal Government.”

One Dada Sunday held the view that the problems of Yewa/Awori “cannot be solved until both Yewa and Awori people agree and come together so as to win in the governorship election by bringing one person as candidate. If not, 20 years to come, nobody will come to our rescue.”

Corroborating Sunday’s position, Bankole Lukmon added that, “Let’s bring one person from Yewa/Awori as governorship candidate and let us all support him. If he now fails to fix our problems, then we are the problem of ourselves. Most of our representatives from Federal down to ward level are voiceless. May God help the Ogun West region.”

While describing the Sango-Idiroko international road as an eyesore and absolutely condemnable, Adewale Adebanjo stated that the road deserves urgent attention, pleading that “Mr Governor, help us fix our bad road, safety first.”

Sulaimon Atinsola was of the view that the Ogun West situation “is so pathetic economically, infrastructurally and wellness wise.

“Unfortunately our representatives in government are caged by what makes them look elsewhere rather than see the rots. I believe it was a calculated attempt to remove Ogun West from being the economic hub of Ogun State. The main reason why industries are now relocating from both Agbara and Sango-Ota to Siun and Sagamu is because of the bad road network and increase in the cost of production, as a result of untoward loss due to logistics and transportation challenges. God will fight our case,” Atinsola maintained.

“Our case in Ogun West is so pathetic, despite the fact that Ogun West is the largest industrial area in the state, where the state is generating the highest revenue from. Now, look at the state of the roads in the area, mostly Ado- Odo/Ota Local Government. The roads that lead to a neighbouring country in a sorry state. The roads are so dilapidated, leading to loss of lives and property damage. Automatically, political leaders and representatives of this area must be questioned,” Idowu Waliy said.

On his own part, one Engr Onaolapo narrated his ordeal when he visited the Sango axis of Ogun State: “I went to Sango recently. It was hell! The road is bad, one side was a lake. I was the only one swimming inside because I was driving a truck. The other side had heavy traffic. Ogun State does not have a government o.”

Mr Evans said: “I went to see someone at Matogun, Oke Aro, I took pain relief after I got back home because the body pain was too much. The roads are really bad. I don’t know how they cope when it rains. I really hope Ogun State improves infrastructure wise because it’s in a sad state.”

Kola Ogunyemi added: “Ogun State is not taking advantage of its proximity to Lagos. All the border town roads are eyesore. Akute, Ajuwon, Alagbole, Agbado crossing, Ijoko, Ota down to Agbara. There’s no government presence in all these aforementioned areas. It is a big shame!” 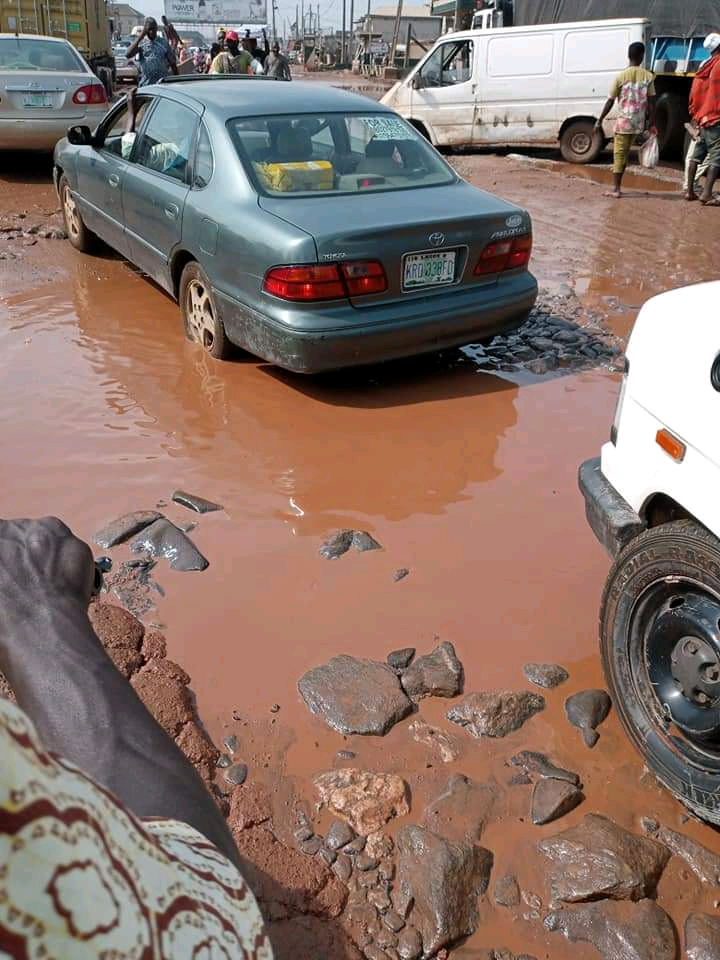 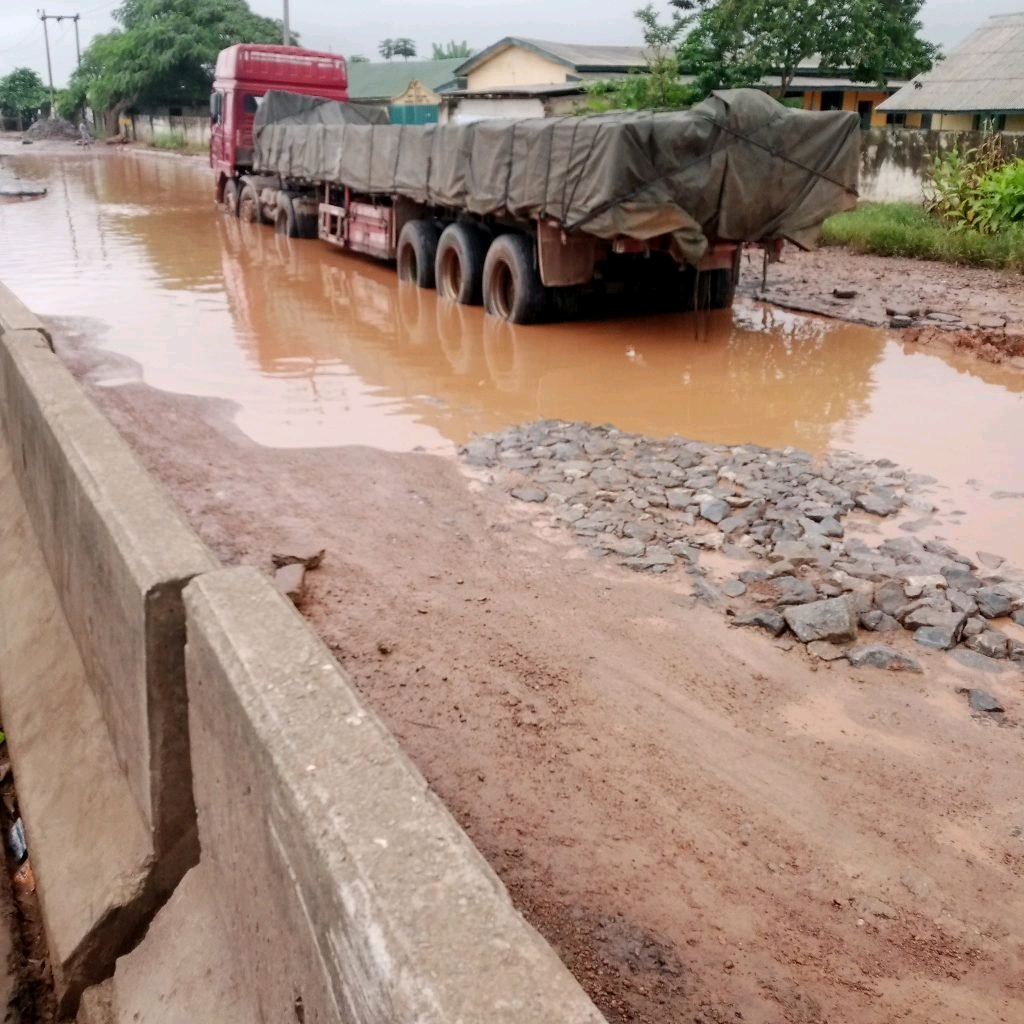 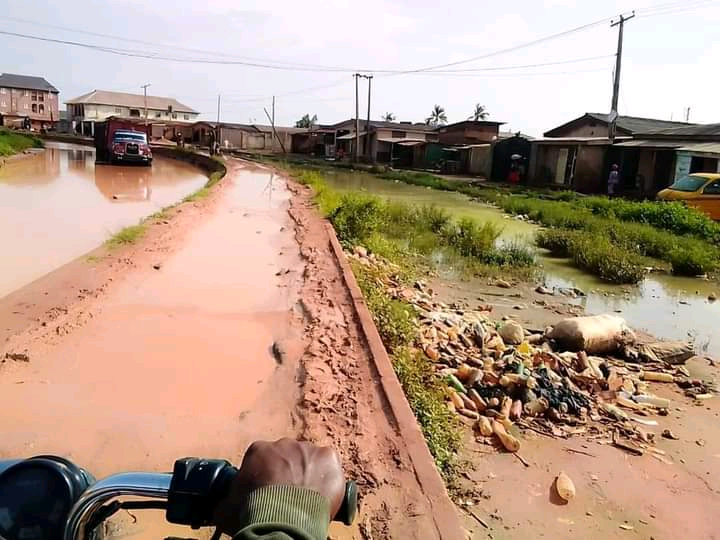 Meanwhile, Gov Abiodun has on Wednesday reacted to the barrage of criticisms hitting him from residents of his State over the poor condition of their roads.

Reacting on Wednesday, Gov Abiodun assured that rehabilitation would begin on the Lagos-Sango-Abeokuta road soon.

According to him, a team of Engineers from would be in the area on Thursday to assess the road.

Abiodun confirmed that this became possible after he held a teleconference with the Minister of Works and Housing, Babatunde Fashola and his team on Tuesday.

“Rehabilitation will begin on the Lagos-Sango-Abeokuta Federal Highway, following Thursday’s assessment of the road.

“We received assurance of this during the teleconference I held with the Honorable Minister of Works and Housing, Mr Babatunde Fashola and his team.

“The Ogun State Government remains committed to giving the best in infrastructure, as in other sectors, to the good people of the Gateway State,” he said.