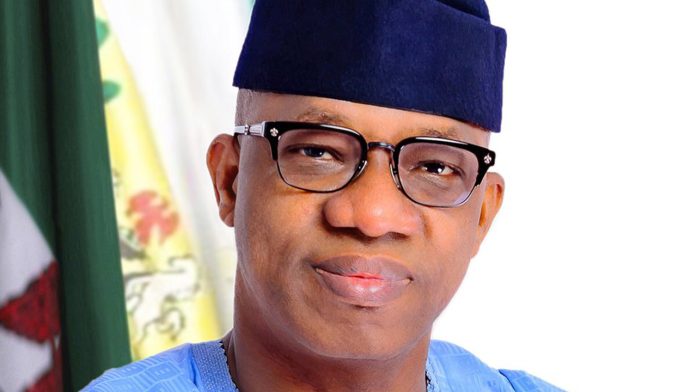 The Organised Labour in Ogun on Monday directed workers in the state’s payroll to immediately proceed on indefinite strike action from June 28.

The workers had earlier issued a seven-day ultimatum addressed to Gov. Dapo Abiodun on June 7, on issues bothering on the non-remittance of the 21 months workers’ deduction.

Other issues were contributory pension, review of Ogun Pension law and immediate implementation of consequential adjustments on minimum pension as mandated by the 1999 constitution among others.

The workers gathered and sang solidarity songs against the government while berating the governor for failing to honour the agreement contained in the Memorandum of Understanding (MoU) in 2020.

Declaring the strike action, the Chairman of NLC in the state, Comrade Emmanuel Bankole, said the strike had become imperative following several failed attempts to meet the governor over their plight on the issue.

According to him, the strike will take effect from 12 a.m. Tuesday will be a total and indefinite strike, adding that there is no going back until their demands are met by the governor.

“We are here today to take our destiny in our own hands. The leadership is ready.

“We must start a new beginning; we must tell them (government) that we are workers and not slaves. The time is now; a stop must be put to this.

“Our future and the future of the workers of Ogun state is in great jeopardy.

“Governance is a serious business and whoever that is not ready for it, I think it is time we told such persons to go home.

“Having given them enough time, but they are too busy to attend to us, maybe if we go home for some time, they will have time to attend to our matter.

“There is no going back. We have given them a long rope to draw.

“It is my opinion and my conviction that Ogun state workers are saying that we should embark on a full blown strike.

“We are embarking on indefinite strike from 12 midnight; let all the workers stay back at home. The implication is that nobody is expected at work tomorrow (June 28).

“Anyone who reports for duty tomorrow (Tuesday) is a traitor and it has never been well with a traitor,” Bankole declared.

The organised labour went into a closed door meeting with the Secretary to the State Government (SSG), Mr Tokunbo Talabi, as at the time of filing this report. (NAN)