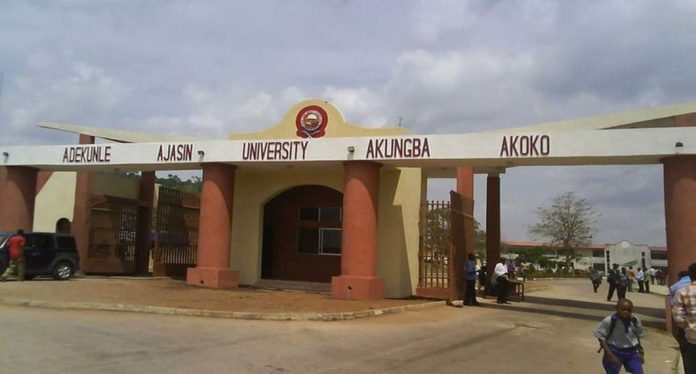 The management of the Adekunle Ajasin University, Akungba Akoko, on Monday, announced the indefinite closure of the institution following the protest embarked upon by the students.
This was contained in a statement by the varsity’s registrar, Mr Olugbenga Arujulu, titled ‘Indefinite closure of Adekunle Ajasin University, Akungba Akoko.’
The statement reads, “Following the violent protest of the students of Adekunle Ajasin University, Akungba Akoko, today Monday, November 21, 2021, the Vice Chancellor, Prof. Olugbenga Ige, has, on behalf of the Senate of the university, directed that the university be closed indefinitely.
“All students are, therefore, advised to vacate their halls of residence and the university campus with immediate effect. The parents and guardians should note this important information.”
The students of the school had earlier staged a protest on the campus of the university against the policy of ‘No school fees, No examination’ of the management of the varsity.

It was gathered that the management of the university was determined not to allow students who were yet to pay their school fees to write the examination.
It was also gathered that while the protest was ongoing, the angry students who were chanting various solidarity songs went to the front of the main gate of the university, barricading the Owo-Ikare Expressway, thereby causing a traffic logjam for hours.
The business and economic activities around the university area were paralysed during the demonstration.