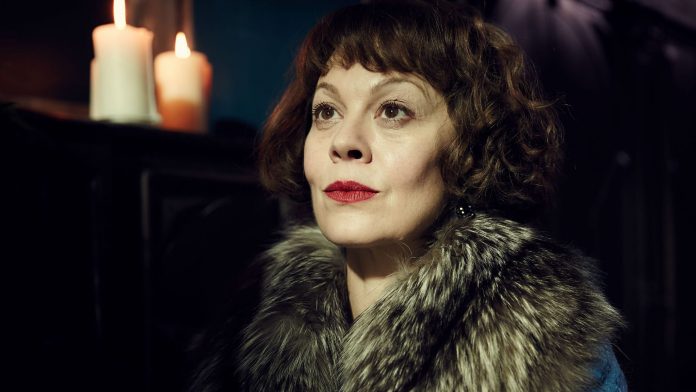 In a statement posted on social media, Lewis said she had been “surrounded by a wave of love” and died peacefully at home.

The statement reads, “I’m heartbroken to announce that after a heroic battle with cancer, the beautiful and mighty woman that is Helen McCrory has died peacefully at home, surrounded by a wave of love from friends and family.”

“She died as she lived. Fearlessly. God, we love her and know how lucky we are to have had her in our lives. She blazed so brightly. Go now, Little One, into the air, and thank you.”

McCrory was a versatile actress with a career on stage and screen spanning almost 30 years. However, it was Peaky Blinders’ crime family matriarch Polly she was best known for playing, appearing in the show from 2013 to 2019.

The actress also played Cherie Blair, wife of former prime minister Tony Blair, in both The Queen and The Special Relationship.

Nollywood actress, Mercy Johnson has revealed the weird thing her baby, Divine-Mercy has been doing since she clocked one. Recall that a few days ago,...
Read more
Edutainment

Popular Kenyan YouTuber Peter Kabi also known as Kabi WaJesus, has finally admitted to fathering a child with a lady alleged to be his cousin.   WaJesus...
Read more