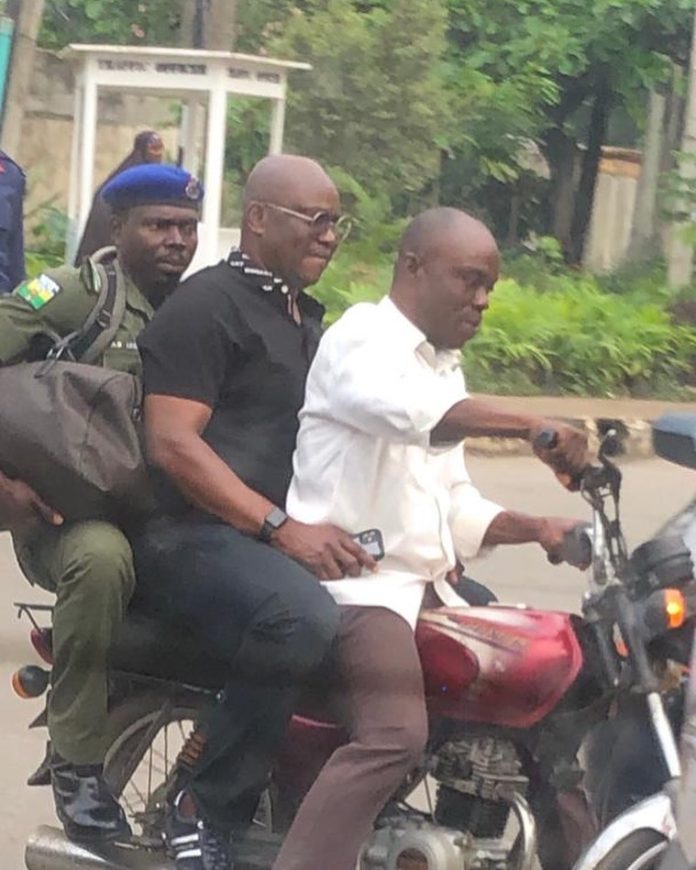 The governor said he didn’t know who took the photographs but the person posted them on the social media.

The ex-governor also re-shared the photos on his Twitter handle on Tuesday night.

According to him, he decided to ride a bike to get to the airport to catch a flight.

Posting the pictures on Twitter on Tuesday night, he said, “Lagos traffic!!! I had to take Okada in Ikeja to avoid missing my flight.” 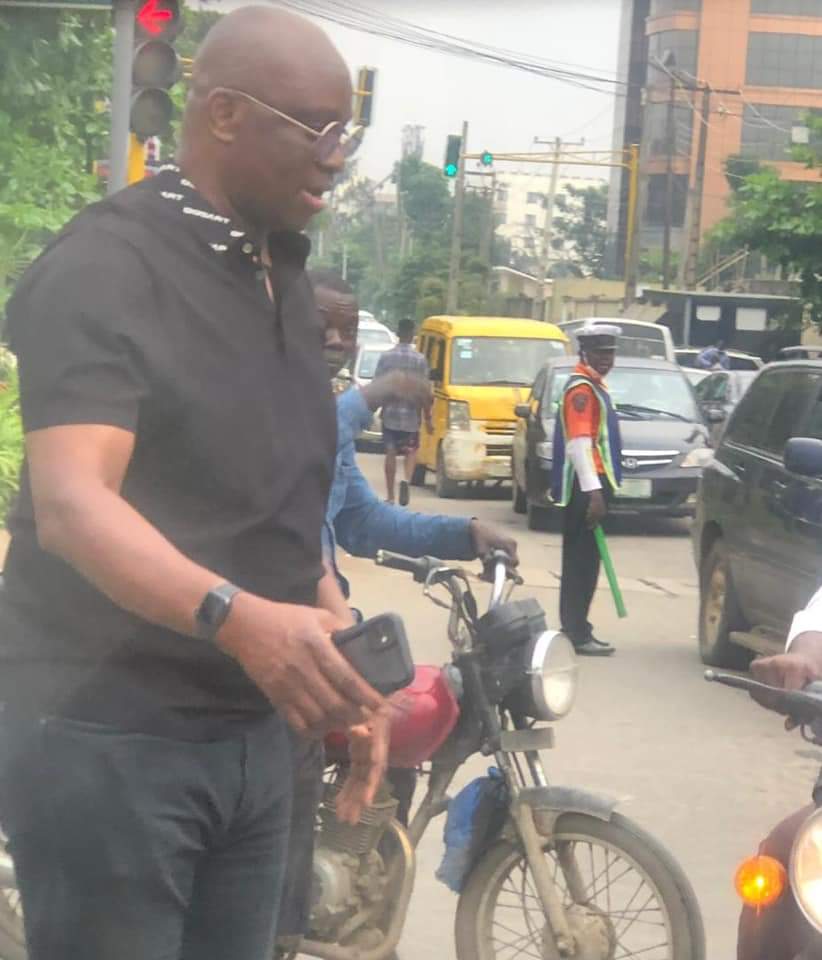 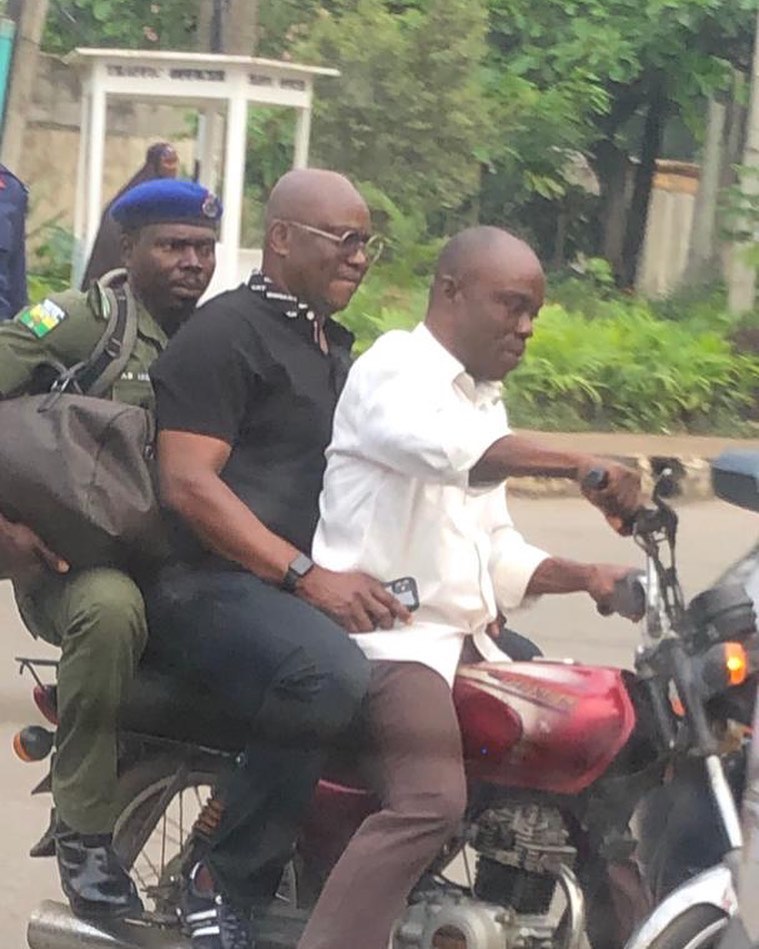