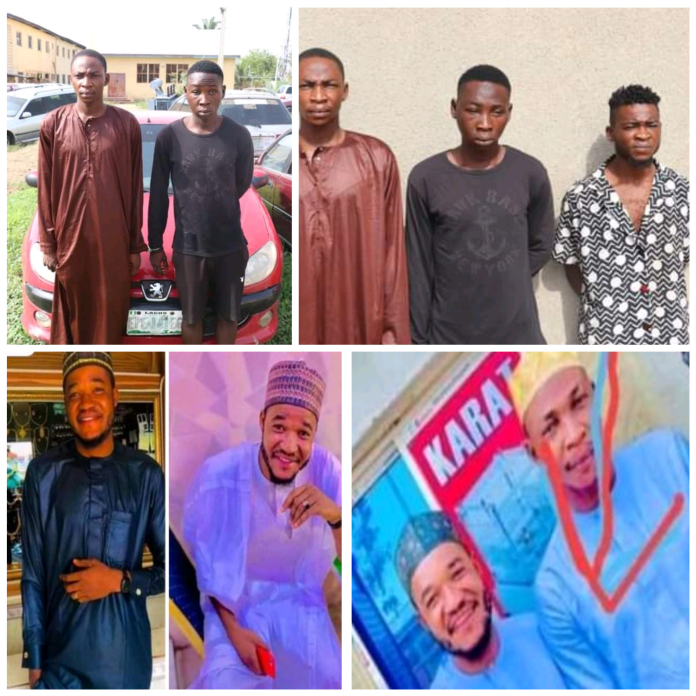 A man, Bashir Ibrahim who allegedly killed his friend and fled with his car and N2 million has finally been arrested by the Niger State State Police Command.

We had reported that Hassan Shehu was stabbed to death allegedly by Bashir Ibrahim, in Tudun-Fulani area of Bosso Local Government Area.

The deceased was the bestman during Bashir’s wedding last year, according to the police.

Spokesperson of the command, DSP Wasiu Abiodun, who confirmed the development in a statement on Thursday, April 21, said that Bashir was arrested alongside his brother Aliyu Ibrahim, at a hotel in Minna while one Abdullahi Garba was equally apprehended for purchasing the victim’s phone.

Bashir confessed to the crime, adding that he and his brother conspired with one Suleiman Mahmud to lure the victim to his house for a purported business transaction.

When the late businessman arrived the apartment, the suspects stabbed him to death and fled with his car containing the sum of N2m.

“In a continued effort of the Niger State Police Command to rid the state of crime and criminality and ensuring dispensation of justice, the Police Command arrested two (2) suspected killers of late Hassan Shehu,” the statement read.

“It would be recalled that on 12/04/2022 at about 1700hrs, a case of culpable homicide was reported at Bosso Division in which one late Hassan Shehu aged 28yrs, a businessman at Kure Market, Minna was invited to Tudun-fulani area of Bosso by one Bashir Ibrahim for a purported business transaction.

‘Unfortunately, the deceased was allegedly stabbed to death on arrival to the venue, in an apartment by the suspect who later escaped from the scene with the victim’s Peugeot 206 vehicle and about two million naira there-in the vehicle.

“Upon the receipt of this unfortunate incident, the Police Command swung into action and commenced an indepth technical investigation, after a painstaking investigation and technical intelligence analysis upon the marching order of the Commissioner of Police, Niger State Command CP Monday Bala Kuryas, fsi to the operatives of the Command to ensure that the perpetrator(s) of this dastard act are brought to book.

“However, on 19/04/2022 at about 1500hrs, acting on technical intelligence, Police operatives attached to Intelligence Unit of the Command arrested the following suspects:- Bashir Ibrahim aged 25 and Aliyu Ibrahim aged 22yrs, both who are brothers and ‘m’ of Tundun-Fulani Area, Bosso.

“During interrogation, the suspects confessed to the crime that both suspects conspired with one Suleiman Mahmud aged 29yrs ‘m’ of same address presently at large to tie the victim and dispossessed him of the money in his car, but on entering the house, the deceased struggled with the said Suleiman while Aliyu stabbed the victim on the chest and was abandoned till he bled to death.

“Bashir whom the deceased was his best man during his wedding in last year confessed further to have escaped from the scene with the victim’s vehicle which contained about two million naira and later travelled to Kano to purchase some chemical for washing of gold items from the deceased’s money.”‘