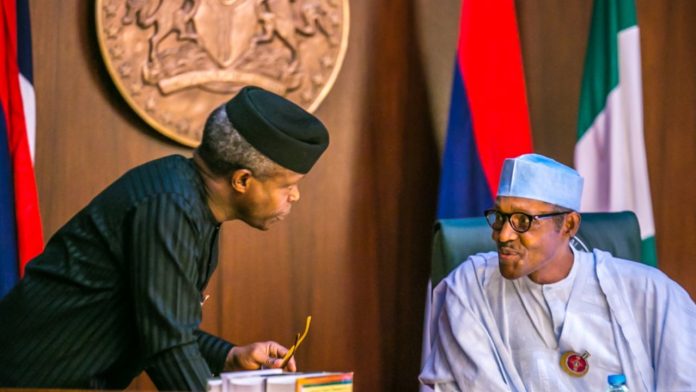 The Year 2021 witnessed a great number of false prophecies and fake declarations by pastors and prophets in Nigeria.

It has become a tradition for many self-acclaimed prophets and ‘men of God’ in the country to release what they term their ‘New Year prophecies’ at the end of the year.

These prophecies are meant to warn and prepare Nigerians, Africa and in some cases, the entire world of events and incidents that would form the New Year.

In some cases, these prophets surprisingly come up with prophecies on already sick popular figures or natural disasters such as flooding or even a heavy rainfall.

Reading through a series of prophecies by Nigerian prophets/pastors in some occasions, one may be tempted to picture God as a talkative.

Frank Talk  Now observered that most of the prophecies released concerning President Muhammadu Buhari, the Presidency, Nigeria and some popular figures in 2021 did not come to pass.

Some of these prophecies include but not limited to the death of President Buhari, crises in the Presidency, Vice President, Yemi Osinbajo suddenly becoming President.

Take for instance, on the 12th of June, 2021, the leader of INRI Evangelical Spiritual Church, Primate Ayodele came up with a prophecy of a clash that would happen between Buhari and Osinbajo.

He also said that some of Buhari and Osinbajo’s aides will clash, adding that he saw a Presidential convoy attacked.

“There is going to be a clash between Buhari and Osinbajo and their aides, mark my word.”

An investigation revealed that these incidents never happened.

Another prophet, Apostle Paul Okikijesu of the Christ Apostolic Miracle Ministry, had predicted deaths of Nigerian and Ivorian Presidents, saying, “Pray against the death of Presidents of Nigeria and Ivory Coast.”

Okikijesu also predicted a deadly crisis between the Hausa and the Fulani and also called on Christians to be vigilant because a religious war, according to him, was about to happen.

Okikijesu further said that he had heard from God that there was an ongoing plot to move the Federal Capital Territory from Abuja to a different city, which he did not mention.

He also said that the time for the fulfillment of his earlier prophecy about power being taken from President Muhammadu Buhari and be given to Vice President, Prof. Yemi Osinbajo hence had come.

“Thus says the Lord: Some people will plan to move the Seat of Government from Aso Rock to another city,” he said.

“Looming crisis of extreme proportion will burst… When the looming crisis bursts, it will cause worries for people and restlessness will be prevalent in the Nigeria.

“This is what will prompt the government to be given to his vice president; then Osinbajo will occupy the presidential seat for a brief period of time, before I will bring the Beloved to govern the country for Me,” he said.

He went further to predict the death of popular Yoruba activist, Sunday Igboho in 2021.

It can be say categorically that these prophecies never came to pass.

According to him, God said Nigeria will shake, adding that he also saw power leaving the North in 2023, insisting that there will be no war, neither will the country break up.

“I saw power leaving the North. The Lord told me audibly that number two will become number one. It is a prophecy. Nigeria will not break (up). Nigeria will not divide. There will be no war in this country,” Suleman said.

However, a check  shows that none of the above happened in Nigeria in 2021.

On his part, the founder of Christ Mercyland Deliverance Ministry, Prophet Jeremiah Fufeyin in the beginning of 2021, said that the secret behind the COVID-19 pandemic would be exposed in 2021. However, no such exposure has been made till the time of filing this report.

Still on prophecies that never happened, a Ghana-based pastor, Prophet Nigel Gaisie had claimed that God revealed to him that Nigeria’s Vice President, Yemi Osinbajo will become President in 2021.

Gaisie, who is the founder of the Prophetic Hill Chapel Prophet made the prediction during his crossover service.

Also delivering his New Year prophecies in 2021, the Senior Pastor of Faith on the Rock Ministry International, Apostle Theophilus Ebonyi had said there would be a sudden change of government in Nigeria without a coup or election, calling on Nigerians to pray for President Muhammadu Buhari.

He disclosed that God revealed to him that the number two man (Yemi Osinbajo) will become the number one in Nigerian government.

“God revealed to me in the place of prayer his blessings and intervention in the affairs of Nigeria that government will witness a shift that is going to give ground to the number two citizen to become number one, so saith the Lord,” he said.

In an article he entitled, “PMB and The Futurologists”, Adesina mocked the then military ruler, Sani Abacha for refusing to leave Aso Rock because he was scared of prophetic visions and predictions.

Adesina disclosed that a cleric told Buhari to send emissaries to him with bags of money so he could pray and stave off the tragedy.

Noting that the President was busy with international travels at the period the ‘prophet’ mentioned, but no accident or incident happened.

“That was what the marabouts did to Sani Abacha, that he remained holed in Aso Rock. Between November 1993 and June 1998 that he was head of state, you could count both local and foreign trips he made on the fingers of one hand,” Adesina said.

The Presidential Spokesman noted that at the beginning of every year, those he described as futurists, prospectivists, and foresight practitioners would be on the praw.

He said those prophets were people who called themselves and have no divine backing but go about, running riot all over the place with guess work, divination, and outright falsehood, “all to beguile the people, pass themselves off as somebody, and ultimately make filthy money.”

Speaking to  on the rise of false prophecies in the land, Pastor David Adebola of the Redeemed Christian Ministry, Lugbe, Abuja, said that false prophecy is almost as old as man.

According to Pastor Ademola, “Fake prophecies did not start today. It did not also start in Nigeria. If you know your Bible very well, you’ll agree with me that there were so many of such recorded in the Holy Book.