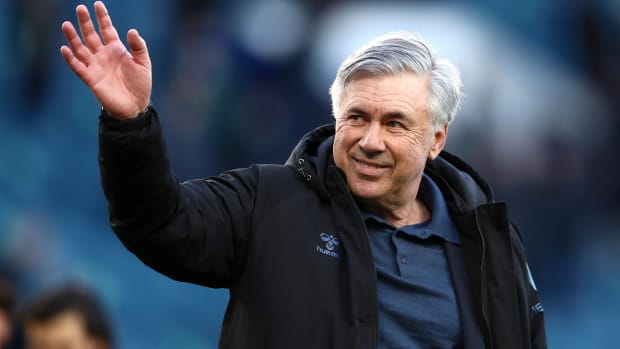 Carlo Ancelotti has left Everton to become Head Coach at Real Madrid for a second time.

Ancelloti, who still has 3 years left on his Everton contract, is leaving the Club after 18 months in charge to replace Zinedine Zidane in the Spanish capital.

According to Real Madrid, Ancelotti has signed a three-year deal.

The Everton statement announcing Ancelotti’s departure read, “Everton can confirm that Carlo Ancelotti has left his position as manager to take up the role of Head Coach at Real Madrid.”

Ancelotti, speaking on his move to Real Madrid, said, “I would like to thank the Board of Directors, the players, and the Evertonians for the tremendous support they have all given me during my time at the Club.

“I have complete respect for everyone associated with Everton and hope they can achieve the exciting opportunities they have in front of them.

“While I have enjoyed being at Everton, I have been presented with an unexpected opportunity which I believe is the right move for me and my family at this time.”

Everton also announced that the Club has begun the search for a new coach following the departure of the Italian manager.

Gospel singer, Adeyinka Alaseyori has released a video of herself worshipping God with a caption admonishing her followers to go to church with an...
Read more
General and News updates