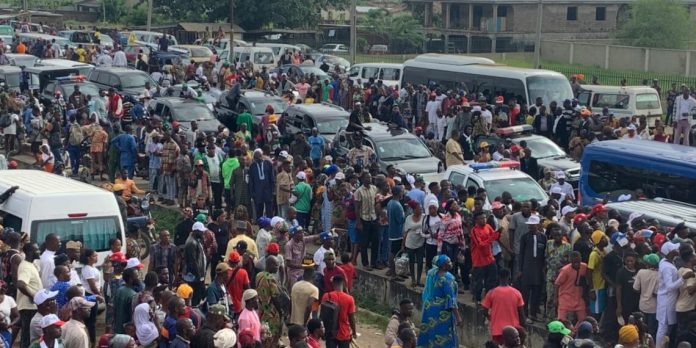 Several cars were on standstill on Thursday in Osogbo, Osun State, as the PDP governorship candidate, Ademola Adeleke, held a “grand rally” at the party’s secretariat at Powerline road in the capital.

The party moved the rally to their secretariat after accusing the ruling APC of blocking their attempts to hold the event inside the stadium in Osogbo. The APC denied the claim, PremiumTimes reports 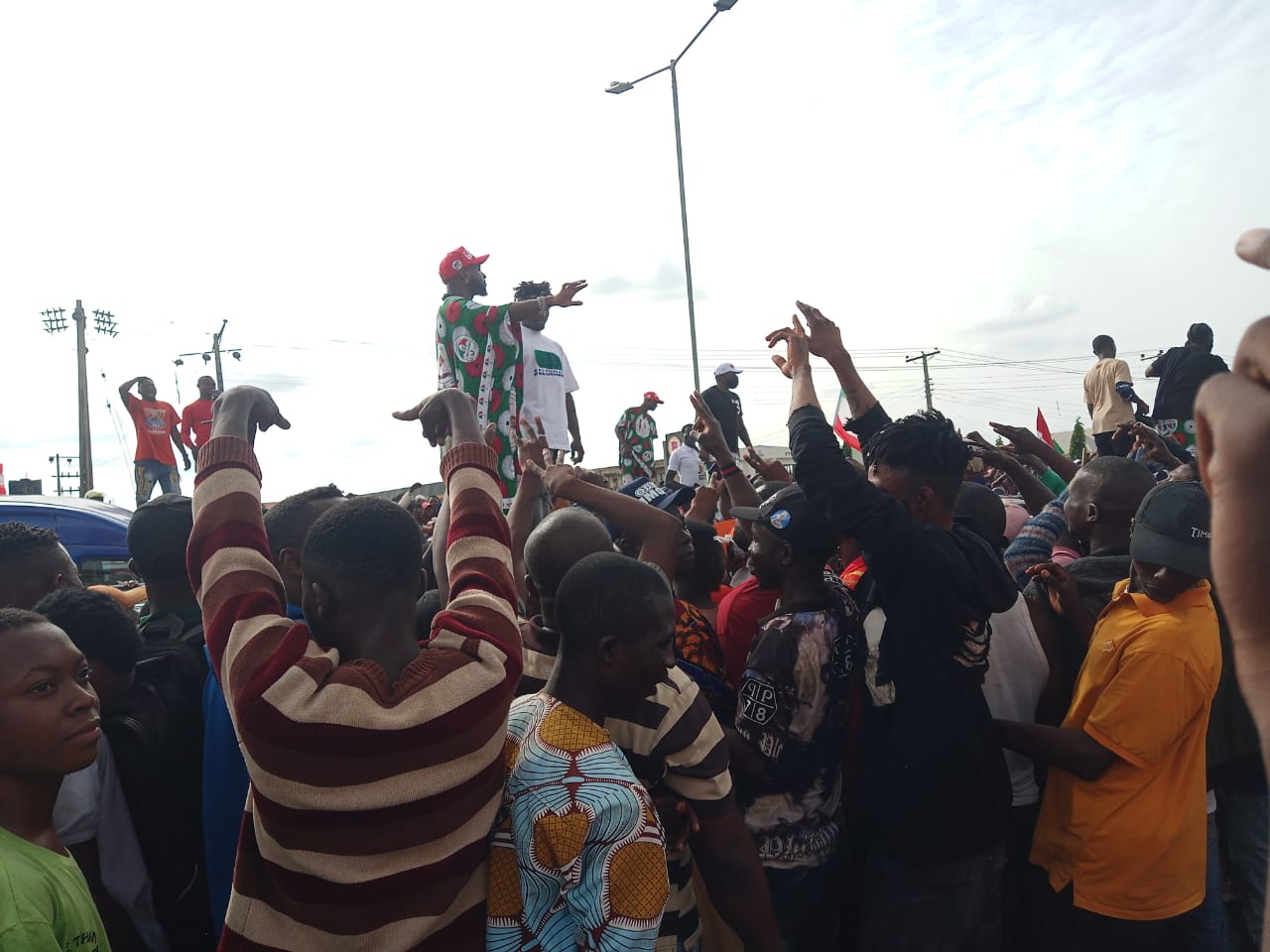 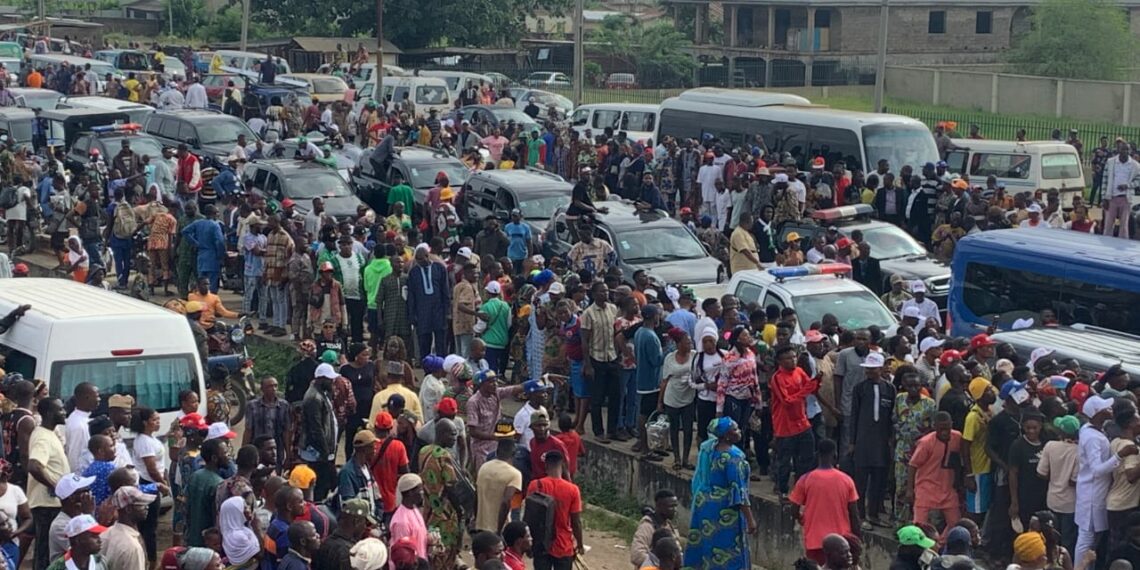