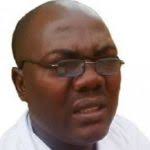 A former lecturer at the University of Lagos has been jailed for 21 years for assaulting an 18-year old girl seeking admission into the university.

Afeez Baruwa, a part-time lecturer at UNILAG had been arraigned at Ikeja high court for rape. Delivering her judgment, the trial judge, Justice Josephine Oyefeso, said the prosecution had proven his case beyond a reasonable doubt and that Baruwa was found guilty of the charge, and thereby sentenced him to 21 years imprisonment.

Before now, there have been a number of reports on social media about university lecturers alleged involvement in sexual assaults. A UNILAG lecturer, Boniface Igbeneghu was caught on camera and a randy lecturer in Obafemi Awolowo University, Monday Omo-Etan, was also suspended for sexual molestation of a 19 year old female student of the university.

At a public hearing organised by the Senate committee on judiciary, human rights and legal matters, on Monday, February 17, ASUU national president, Professor Biodun Ogunyemi, said ASUU was proposing a review of existing laws on sexual harassment in tertiary institutions rather than formulating new ones.

Meanwhile, the Executive Director of YAF, Dr Uduak Okon has called on ASUU to stop feeling threatened by the bill as it is set to restore its reputation and impose sanctions on perpetrators.

According to a survey conducted by YAF on a sample of over 3000 students in 19 tertiary institutions across six states in the country, 51.7% of female undergraduates had suffered one form of sexual harassment or the other in school.