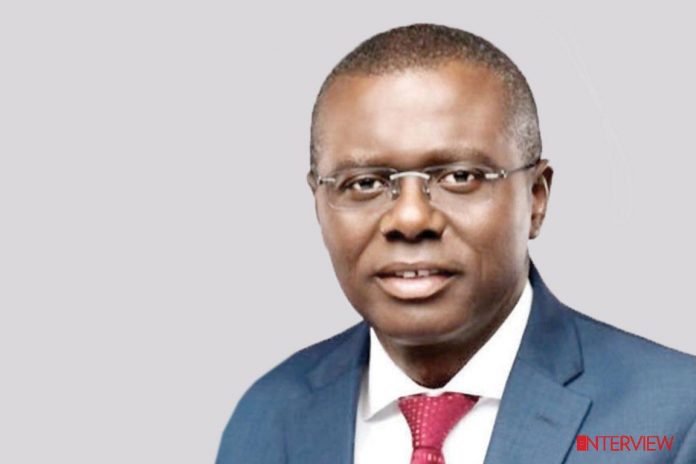 He signed the bill on Friday, according to the Lagos State Commissioner for Information, Gbenga Omotoso.

The Lagos State House of Assembly had on Wednesday evening the Y2022 budget estimate with a slight increase of the grand total from the initial N1.38 trillion to N1.758 trillion.

The budget was passed at a sitting presided over by the Speaker of the House, Rt. Hon. (Dr) Mudashiru Obasa, after a presentation of the report by Gbolahan Yishawu, chairman of the Committee on Economic Planning and Budget.

Yishawu, after the plenary, explained that the total budget size passed has addition of left overs from the previous allocations in the 2021 budget.

He said the leftover was rolled into a ‘contingency fund’ in the Y2022 budget.

He also put the Capital and Recurrent Expenditure ratio at 66:34.

According to him the loans, bonds and ISPO funds are captured in the budget that was passed.

Sanwo-Olu said the increase was because the House of Assembly and Executive agreed to capture all financing options for the Blue and Red Line rail project, as well as other capital projects, without putting pressure on the cash flow and debt sustainability.

He said, “This budget represents 66 per cent capital expenditure and 34 per cent recurrent expenditure. Through this, we are creating significant value for our people and we are assuring you of a stronger 2022.

“We are excited with what we can do for our people and we believe it will further consolidate our efforts in all areas. We’ll see greater impacts and real dividends to the people.”