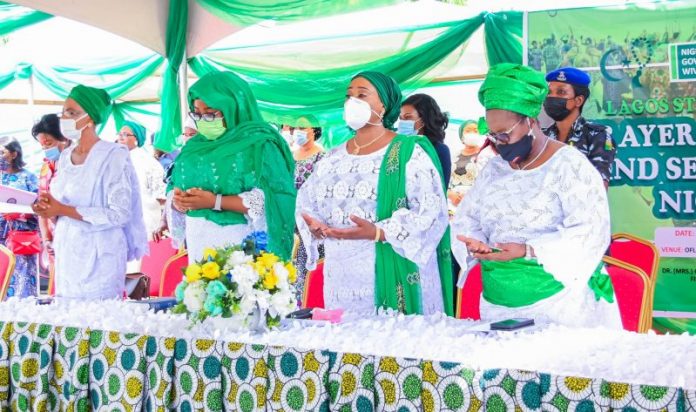 According to her, the situation in the country requires all hands on deck to seek God’s face to return peace and tranquillity into the nooks and crannies of the nation.

Speaking at a special prayer service held at Lagos House, Alausa, Sanwo-Olu, who was represented by the wife of the Deputy Governor, Mrs Oluremi Hamzat said the prayer session became imperative given the challenges confronting the country.

“As mothers in the land, we have come together under the auspices of the Nigerian Governors’ Wives Forum (NGWF) to seek the face of God and pray for the peace and security in Nigeria.

“This prayer session is part of the seven-day National Prayer Programme declared by Governors’ Wives across the country.

“Any situation in God’s control can never get out of control. We have the assurance and firmly trust that our God will restore peace and tranquillity into the nooks and crannies of this country, and it is for this reason that we have gathered here today to pray,” she said. 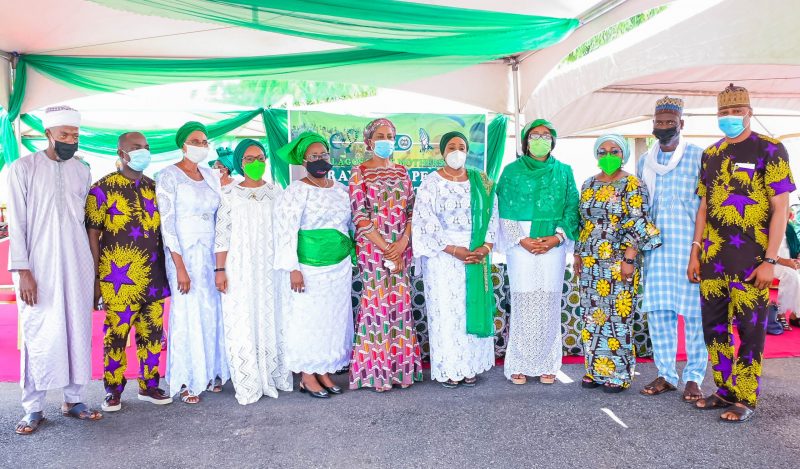 Describing prayer as the master key and potent solution to all mysteries and challenges of life, Sanwo-Olu said the fact remains that the country at the moment was going through difficult times judging by the increase in cases of kidnappings, banditry, domestic and sexual violence, among other social ills.

“In the absence of peace, there can be no development. We are truly and genuinely interested in the progress of this country. When women pray, speedy answers are granted from above.

“This why I am confident that as we lift our voices to God today, He will hear us and deal decisively with those troubling the peace of this country,” Sanwo-Olu said.

Besides, the wife of the Governor reiterated the need for residents, especially women to be security conscious, adding: “We have to take the bull by the horns and be mindful of movements around us. When you notice something strange or suspicious, please alert your neighbours and promptly report to security agencies.”

Prayers were offered by religious leaders in the state, while the event was attended by members of the Committee of Wives of Lagos State Officials (COWLSO), among other women groups.