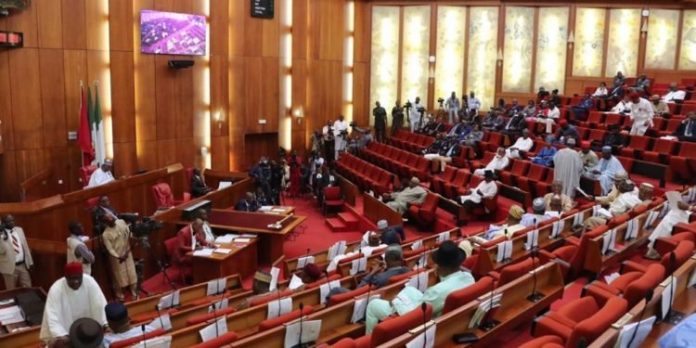 The Curriculum Vitae of Alhaji Yahaya Muhammad, who is among those nominated by President Muhammadu Buhari to the Economic and Financial Crimes Commission (EFCC) Board, has shown that he started primary education a year before he was born.

Frank Talk Now recalls that Buhari had, in a letter dated September 17, 2021, asked the Senate to, in their usual expeditious manner, confirm his nominations to the positions of the Secretary and Board members of the EFCC, with Muhammad as one of them.

While presenting his committee’s report for consideration by the upper legislative chambers on Tuesday, the Chairman of the Senate Committee on Anti Corruption and Financial Crimes, Kwari Sulieman said all the nominees met the necessary requirements to hold public office.

But Senator Hassan Hadejia (APC Jigawa), drew the attention of his colleagues to what he described as “discrepancies” in Muhammad’s credentials, pointing out that the nominee’s credentials showed that he started schooling a year before he was born.

The lawmaker said: “Let me bring to the notice of the House certain discrepancies in the report that are contradictory especially with regards to one of the nominee, Alhaji Yahaya Muhammad on page 8, where the nominee according to record started his primary school before he was born.

“There is also an overlap in the sequence of his educational experience because here, he was born on 29th September, 1969 and he started his Central Primary school in 1968.

“Then he was in Borno Teachers College from 1975 and 1988 while simultaneously he was in the College of Administration Studies from 1980 to 1981. If these are typographical errors Mr President, maybe we should have them corrected for the sake of our record.”

Nevertheless, the Deputy Senate President, Senator Ovie Omo-Agege, who presided over the day’s plenary, turned a blind eye to this observation, as he put Muhammad’s nomination to voice vote.