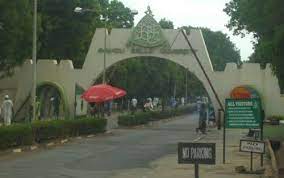 Chukwudi Gideon, son of retired staff of the Ahmadu Bello University Zaria has allegedly stabbed his father and committed suicide.
Late Chukwudi was living in Wusasa, Zaria, with his parents before the tragedy. Journalists were told that he killed himself after he jumped from the Dan Magaji flyover and broke his head.
The Village head of Wusasa, Engineer Isiyaku Yusuf said, “40-year-old Gideon stabbed his father with a knife and left him in a pool of blood before proceeding to commit suicide.

READ ALSO: Wife Loses Husband Of Five Years To Lady She Hired To Test Him

“The young man was known to be a drug addict and hardly mingled with people. He was always alone and very reserved. It was when people took Gideon’s corpse to his parents’ house that they discovered that his father, Mr. Gideon Tseja, 75, was lying in a pool of blood.”
“Therefore people concluded that it was after he finished stabbing the father that he went to kill himself. The injured father, Mr. Tseja, was a lecturer at ABU. He was admitted to a hospital,” the Village Head said.