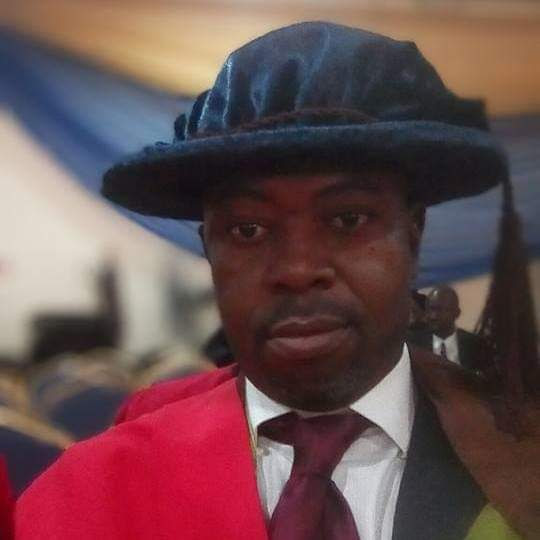 It’s another edition of World Anti-Corruption Day.  This hardly means anything in the official circles of government in the country with otherwise infallible elements crashing serially. It’s like we never knew what we perceived.  President Buhari has worsened this with unprecedented self-indulgence in tortuous and contemptuous indifference to some incidents of corruption perpetrated by government functionaries of high standing and indeed others.

Is this the same Maigaskiya Muhammadu Buhari we used to know? Yours sincerely got overwhelmed by the incessant manifestations of APC parallels to those of PDP led by the notorious Dasuki. As you’re almost losing your sanity over PDP’s Olisa Metuh, the Babachir Lawal element of the APC deepens your nausea for social degeneracy.

Perhaps more disturbing is the likelihood that an otherwise upright organization like the Waziri Adio-led Nigeria Extractive Industries Transparency Initiative, NEITI, is, according to media reports, reverting to the old regime of gross disregard for due process, transparency, and accountability.  NEITI’s case is particularly pathetic because Waziri took the unusual pain of documenting for generations, his management philosophy, in his book, The Arc of the Possible. Perhaps most commendable was Waziri’s offer of personal example of turning in the status of his assets to the Code of Conduct Bureau, CCB, after serving out his term, even as he wasn’t statutorily mandated to do that.

But even as the NEITI rating on transparency ranking may be dropping drastically,   some other Nigerians are determined to make Nigeria function better even as all hope may not be lost on NEITI.

More than any other non-governmental organization today in Nigeria, the Human and Environmental Development Agenda, HEDA, has relentlessly upped the raison detre for anti-corruption campaigns at the risk of everything.  They got serially scared and attacked, but they decided to endure, committing their lives to the hands of the only giver and taker of lives, the Almighty.  It is largely believed in the anti-corruption circles that HEDA’s focus on high-profile cases oozes enormous discomfort to corrupt big men especially those who had served in government at the centre. Silly souls, they resorted to alleged hired killers who let the hell loose on the chair of HEDA and his family early in the year.

You will be amazed:  On March 28, 2022, five men heavily armed with guns, knives, and other dangerous weapons invaded the home of Mr. Olanrewaju Suraju and carted away valuables. Not without registering an enduring fear. They threatened to kill and physically hurt him and his wife both of whom were later hospitalized. The assailants carted away a 2014 edition of Toyota Corolla car; five phones including 1 Samsung phone; 2 I-Phones; 2 I- Pads; 2 Macbook pro laptops; a Dell laptop; Jewellery, Bank ATM Cards; car keys; bank tokens as well as official documents. Although the matter, according to a report on the official website of the organization, was immediately lodged with the police, since then, Mr. Suraju and his family have been left to their fate, while the perpetrators remain at large.

The Nigeria Police have neither been able to track any of the assailants nor recovered any of the stolen items.  Out of over 220 buildings in the estate, Suraju’s house was the only one invaded on that day when the perpetrators collected valuable items in the house and coerced Suraju to provide all his security details including phone passwords, bank log-in details, laptops passwords after which they gained access to his email, phone numbers including Whatsapp and other messaging platforms as well as bank platforms.  To date, Suraju and his family remain refugees in the homes of family friends.

But the Suraju-led HEDA is unwavering in its commitment, a major manifestation being twin events conceptualized by HEDA to commemorate this year’s edition of World Anti-Corruption Day which HEDA  has decidedly stretched into a whole week for the teeming but continually victimised people of Nigeria.  For HEDA and the rest of us, it should not be bad news for Nigerians on transparency and accountability all the times.

No fewer than three agencies are well known to this writer-no full-fledged Ministry yet-have elected to serve Nigerians with utmost commitment to accountability. These are the National Hajj Commission, NAHCON; Nigerian Institute of Medical Research, NIOMR, and your well-known Is-haq Oloyede-led JAMB which keeps upscaling its transparency profile.

The latest in the major transparency mechanism of JAMB is the recently activated VPN-enabled real-time notification system between JAMB and all relevant educational sector agencies of the Federal Government.  As soon as there is any information for all such agencies from JAMB or from any of them, they get updated leaving zero room for false claims on developments and delayed action or total lack of it, which may serve as cover for the award of undeserved fortunes.

Springing a most pleasant surprise is the new leadership of the National Hajj Commission of Nigeria, NAHCON, captained by Barrister Zikrullah Hassan, which claims and demonstrates its full subscription to optimal values for Nigerian Muslim pilgrims.  In the face of a tumultuous forex regime, the new NAHCON leadership secured unprecedentedly cheaper accommodation fees for Nigerian pilgrims in Saudi Arabia coupled with the patriotic commitment of not requesting any subvention to run the service for the citizens.  But for the ingenious decongestion of the accommodation fees for pilgrims in Makkah and Medina, hajj would have been highly prohibitive for Nigerians as Naira has been depreciating most unimaginably in the currency exchange market.

NAHCON simply chose to keep its expenses within its means and also helped Nigerian pilgrims to benefit from the commission’s resource management expertise. In spite of the cost-saving practice and ambition as later stated in a press conference addressed by the Chair of NAHCON. NAHCON has since gone ahead with the establishment of the National Hajj Institute.  The pioneer registrar has since assumed duty signaling full readiness for business which obviously will enhance the economic viability of the resource-efficient NAHCON.

Though with a rather conservative disposition to publicity, the Nigerian Institute of Medical Research, NIOMR, under Prof Tunde Lawal Salako has earned itself an inimitable rating in the nation’s health sector enabling it to save many lives. How?

Unknown to Prof Salako his efforts to restore efficiency, transparency, and integrity even at the expense of personal ego had become a big talk of the town among those who had interfaced with NIOMR after he assumed duty there. As if provisions never existed for NIOMR maintenance before him, the entire compound suddenly transformed, coupled with unprecedented devolution of powers including the creation of the office of Deputy Director General, a most compelling necessity in a star-studded entity with an array of tested researchers and professors.

When covid-19, therefore, broke out and philanthropic organizations were anxious to volunteer support to credible organizations that could judiciously manage resources, NIOMR topped the list.  Assorted donors including a bank, civil society organizations as well as some other local and international donors promptly rushed out resources to NIOMR to avail vulnerable Lagosians the opportunity to test for free. Yours sincerely was a beneficiary.  But how many public officers are conscious of the need to be accountable if only to self-recommend for a respectable reckoning by the general public?

Ingenious as ever, Prof Salako has since gone ahead to take maximum, yet altruistic, the advantage of the huge trust the public has in him. The humble, yet foremost, African nephrologist is breaking new ground with the establishment of the NIOMR Foundation to take medical and allied research to inspiring heights in Nigeria. The foundation’s board is being chaired by the cerebral 14th Fulani Emir of Kano, Sanusi Lamido Sanusi, and also includes other dignitaries including the present Works Minister, Babatunde Fashola.

Since only the good can attract the good, it’s up to all Nigerians to consciously activate better reckoning for transparency to endear it to one another to make for desired development.

Tunde Akanni, associate professor of Journalism and pioneer director of the LASU Digital Media Research Centre, DMRC, is Team Lead for Campaign Against Corruption on the Campuses, CACOCA. He can be reached on Twitter via @AkintundeAkanni

Musings After 48 Hours with Raila Odinga, By Azu Ishiekwene