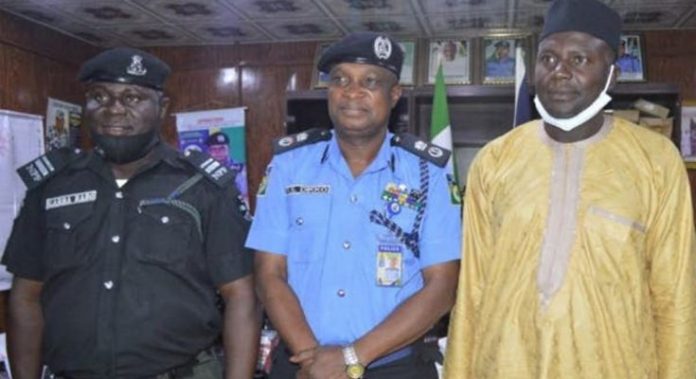 The Commissioner of Police in Kano State, Mr Sama’ila Shu’aibu-Dikko has celebrated two officers of the command, Insp Garba Saleh-Rabo and Jamilu Alkassim for rejecting a N1 million bribe.

Shu’ibu-Dikko made the commendation in a statement in Kano on Friday.
The duo, attached to the Kano State Consumer Protection Taskforce, reportedly rejected a N1million gratification by a suspected Dealer on expired products in the city.
Chairman of the task force, Mr Bappa Dan’Agundi, moved by the exemplary conduct of the police officers, presented them to the police commissioner.
The Police Commissioner  described the action of the officers as worthy of emulation.
He said that the officers  following  intelligence had stormed a warehouse loaded with expired products worth billions of Naira.
Shu’aibu-Dikko said that the owner of the expired products in a bid to circumvent the law, offered the officers a N1million bribe which they turned down and got him arrested.
“The two personnel while working with the Consumer Protection Council Task Force received information that expired goods worth billions of naira were kept in a warehouse.

“They stormed the location and were offered N1million bribe. They rejected the bribe, recovered  the expired goods and arrested the suspect as well as brought the money as exhibit,” he said.
The police commissioner disclosed that the agency, in turn, presented N1million to the officers as a reward for their commitment and selfless service.
Shu’aibu-Dikko urged other officers in the command to emulate their colleagues whom he said brought honour to the police command in the state. (NAN)