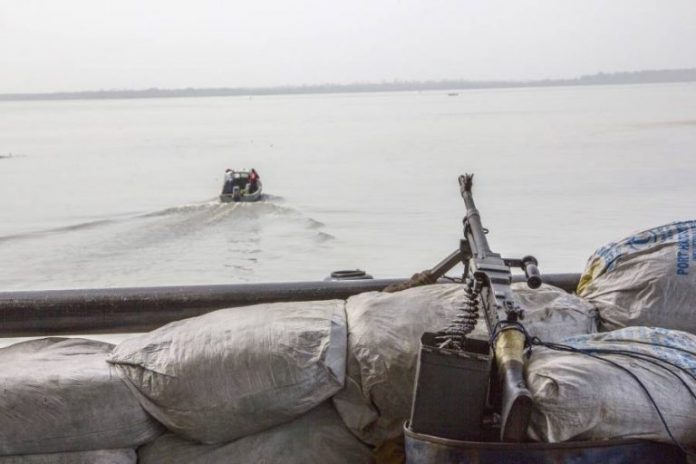 Two persons were shot dead after their boats were attacked by sea pirates on Ke community waterways in Degema local government area of Rivers State last week, it has been gathered.

The two persons were killed in two separate attacks on boats returning to Port Harcourt through Ke Community waterways.

According to an eyewitness who is also the Chairman of Ke Community Development Committee, CDC, Daibi Ekine, the pirates attacked the two community boats and stole the two 75 horsepower boat engines before running away.

“The incidents of Sea piracy attacks are too rampant in our waterways, especially in our territory. That is why we have been calling on the Rivers State Government to deploy security agencies to come to our aid so that we can travel safely”.

Our correspondent reports that consistent attacks by pirates have become a bane to marine transportation in coastal communities areas of the Niger Delta.

Besides, lives that are prematurely cut short, goods, speedboats worth millions of naira have also been lost to the pirates. An average Speed boat engine, depending on horsepower, cost not less than N2.5million.

In July 2019, Governor Nyesom Wike during the launch of “Operation Sting,” the State security outfit, said his administration has provided the right logistics and equipment to support war against sea pirates on the states’ waterways.

The Governor added that the State Government has established operational bases in all the 23 Local Government Areas of the State to strengthen the command and control structures of the initiative and ensure effective coordination and synergy between the State headquarters, the Local Government Areas and the communities to achieve the common objectives of providing comprehensive security cover for the our State.

He said, “To achieve quick, timely and effective response we have established 30 toll free emergency call centres with capacity to support and transmit 30 concurrent calls from the public during distress situations and or during ongoing criminal activities in or around our neighbourhoods”.

He said that the state is not yet as peaceful as the administration desires, hence the renewed effort to stamp criminality.

Governor Wike specifically assured riverine communities that his administration will ensure their safety. He said that “Operation Sting” has been mandated to work on security in the waterways.