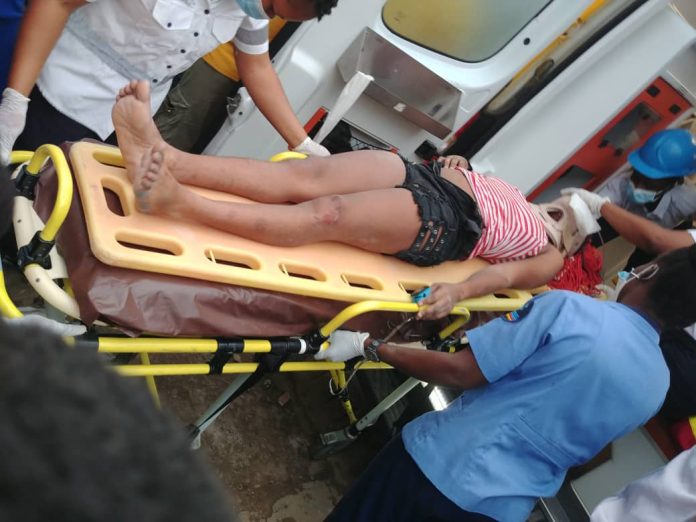 A female victim has just been rescued from the rubbles of the three-storey building that collapsed in Lagos Friday afternoon while two adults, a male, and a female were just recovered dead.
The building collapsed at Oye Sonuga Street opposite Oye roundabout on Isolo Road, Mushin, Lagos.
Fresh details show that the building collapsed tilting forward.

Franktalknow gathered that the building had been giving signs in the last three days specifically this week Tuesday but the residents and neighbours ignored the signs.
Although the building is used as a nightclub, part of the main structure is being used as residential also according to the National Emergency Management Agency’s coordinator for the southwest, Ibrahim Farinloye.
Meanwhile, search and rescue operations are still on.