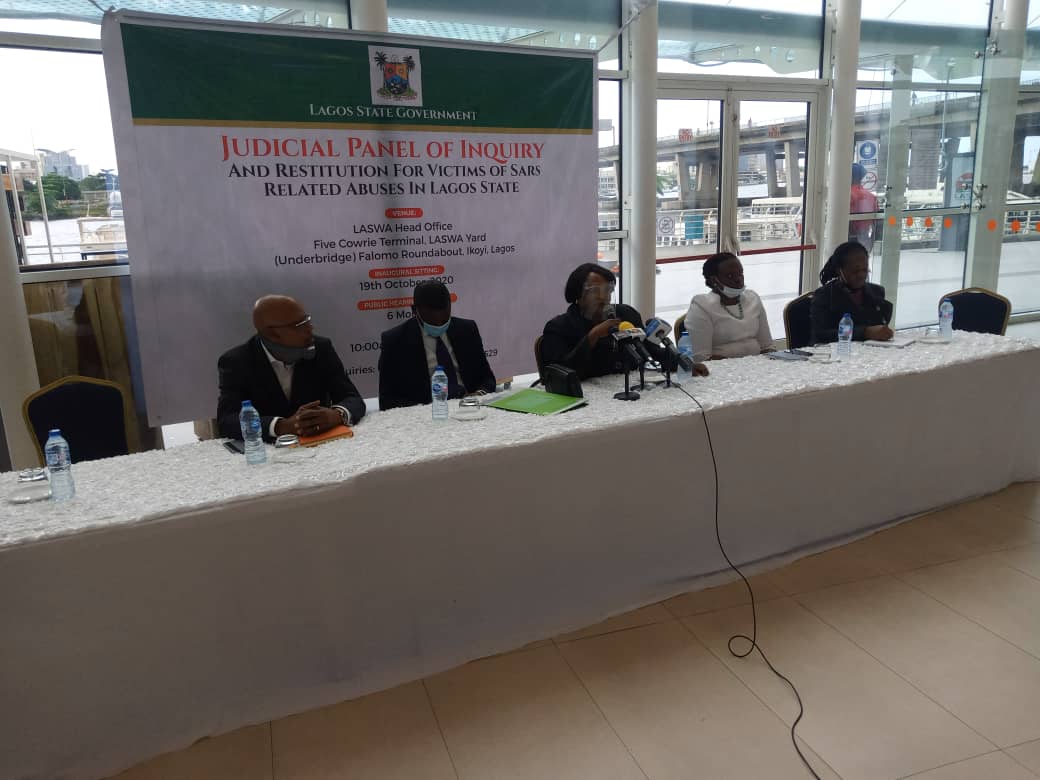 There was a mild face-off between members of the Judicial Panel of Enquiry on Police Brutality and soliders manning the gate of the military hospital in Ikoyi, Lagos on Friday.

After inspecting the Lekki Tollgate on Friday, 30 October, 2020, panel members decided to visit the Military Hospital in Ikoyi for another round of inspection bearing in mind that soldiers were accused of packing the dead bodies away on the day of the shooting.

However, when they got to the gate of the hospital, the panel members led by Justice Okuwobi, journalists and observers were refused entry by the soldiers.

The soldiers claimed that they were not aware of their coming and that it is against protocol coming without prior notice to the officials of the hospital.

It was Barrister Ebun Olu-Adegboruwa who put a call through before the panel members were allowed entry.

The panel members were taken round the hospital by General A. I. Taiwo and one incredible discovery was the revelation that the Military Hospital does not have a mortuary.

The panel members were told also that the hospital has been under renovation for the past one year.

The  moment the panel  was being denied access as captured by Sahara Reporters in this video: