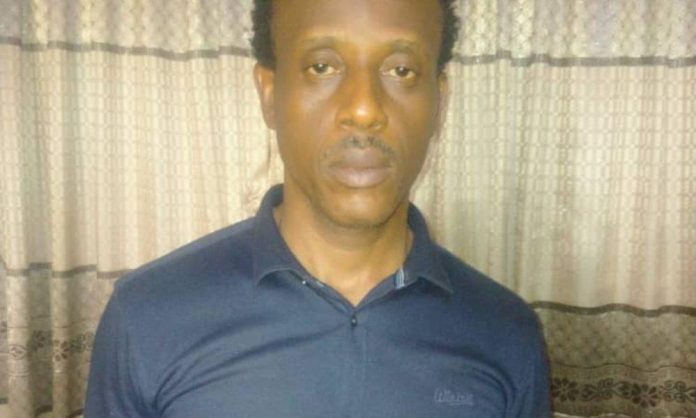 Covenant University, Ota, Ogun State, says it is ready to prosecute its former lecturer, Dr. Stephen Ukenna, who defiled a 17- year- old student of the institution.

Ukenna, a lecturer in the Department of Business Management, had admitted having carnal knowledge of the victim, but was unable to give any reason for his action.

Franktalknow had earlier reported how Ukenna was in police net for raping a 17-year-old student in his office. He was subsequently arrested by operatives of the Ogun State Police Command on March 11, 2021.

The 41 years old lecturer was arrested following a complaint lodged at Ota area command by the parents of the victim who reported that their daughter called them on phone from the school that she was invited by the lecturer to his office on the said date under the pretence that he wanted to plan a surprise birthday party for her close friend.

But on getting to the lecturer’s office, he locked the office door and forcefully had sex with her on top of the table in his office.

The university Registrar, Dr. Segun Omidiora told franktalknow that the university is willing to prosecute the lecturer itself.

He also explained that the school had further  taken measures to prevent a recurrence of the ugly situation on its campus.

According to him, such measures include holding a meeting with the students and telling them what to do to prevent such occurrence in future.

He said:  It is the truth. We had meetings with all the students yesterday on how to prevent a recurrence of such dastardly act.

“We are willing to prosecute him by ourselves.”

Recall that Franktalknow had exclusively reported the dismissal of the lecturer’s dismissal by the university following the recommendation of the panel set up to look into the matter.

The institution said it was instrumental in tracking, arresting and handing over the lecturer to the police upon learning of the unfortunate incident.

The university had also said that it was in touch with the family of the student and will support her recovery efforts, adding that it will  “ never condone evil under any guise.”