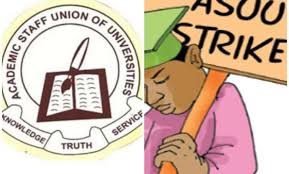 Nigerian universities might be shut down again as the Academic Staff Union of Universities (ASUU) hinted at the possibility of returning to strike this year if the Federal Government fails to meet its demands.

This was disclosed by ASUU President Emmanuel Osodeke in an interview with The ICIR on Thursday, January 19, 2023.

According to the union president, the government had yet to address the issues that led to previous industrial actions which lasted for eight months.

ASUU embarked on industrial action on February 14, 2022, following the government’s failure to honour the agreement it reached with the lecturers in 2009 and meet other demands by the union.

Following an Appeal Court ruling in favour of the government on September 21, 2022, directing ASUU to resume work while upholding a similar injunction earlier given by the National Industrial Court of Nigeria, the union called off its strike on October 14.

Unlike in the past, where striking workers were paid for the period they downed tools, the government vowed it would not pay ASUU.

At the end of October – two weeks after they resumed work – ASUU members received a half-month salary, which the government described as ‘pro-rata.’

The union has since demanded that the government pay its members’ backlog.

Speaking during the interview on the possibility of another industrial strike, Osodeke said, “It is not possible in this country, except we have a set of leaders that will be elected and will be human beings and think about the system.”

He said ASUU members continued working because they wanted the best for the nation.

The union leader, however, pointed out that his group was waiting for the government to fulfill its promises which led to the suspension of the union’s eight-month strike in 2022.